2010 was quite a year in soccer with the 2010 FIFA World Cup, the continued use of retro-inspired soccer kits and the emergence of ultra-lightweight soccer boots. Spanish soccer reigned supreme with Spain winning the World Cup, FC Barcelona playing total football and Jose Mourinho meeting Cristiano Ronaldo at Real Madrid. Meanwhile, soccer babes continued to come out in full force for all of the big games. In celebration of the year that was in the world of soccer, here is the Football Fashion Best of 2010 list.

Best Club Team Jersey
Sleek, modern and incorporating even a rare touch of red, the Chelsea adidas 2010/11 home kit stands heads and shoulders above just about every other club kit that was released in the 10/11 jersey cycle. The adidas design used for the kit was not seen on another until the recent launch of the Valerenga 2011 shirts.

Best National Team Jersey
New renditions of classic kits can be brilliant or fail dismally. The England Umbro 2010/12 away kit was the former and an excellent reboot of the shirt worn by 1966 World Cup winners. Now on sale, it’s a must-have for collectors despite the Three Lions recent disappointing performances. 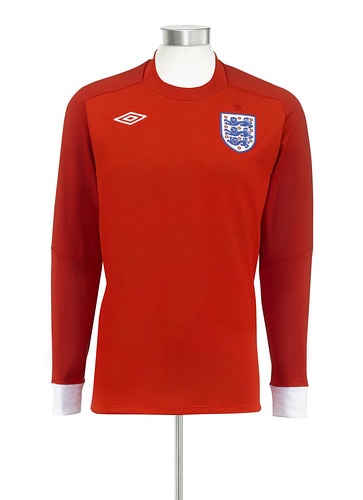 Best Special Edition Jersey
The Puma 2010 Africa Unity kit – an excellently designed soccer shirt with a noble cause (raising awareness about habitat and species conservation among football fans and the general public) behind it. The authentic version of the jersey in a specially designed box is a definite collectors’ item.

Best Speed Boot
The game-changing adidas F50 adiZero. Lionel Messi, David Villa and others lit up the 2010 FIFA World Cup in what was then the lightest soccer boot in the world. Now countless professionals have adopted what our testers found to be an excellent boot.

Best Midfielder Boot
Lightweight, great for trapping, pinpoint passes, turns on a dime and  changes of pace yet sturdy and capable of readily protecting the feet from hatchet men, the PUMA PowerCat 1.10 soccer boots was our choice of midfielder boot in 2010. It looks lovely as well thanks to a brilliant design work.

Best Defender Boot
John O’Shea and Wes Brown of English Premier League table-toppers Manchester United are wearing them with good reason. The Concave Classic PT+ soccer cleats are the most protective high-end shoes on the market and thus ideal for defenders. Factor in the latest in soccer technology with a classic soccer boot feel and you’ve got a defender’s best friend.

Best All-Purpose Boot
The Umbro GT is not only one of the best deals among soccer boots, it’s is our choice for all-purpose boot of the year! It can be as effective on the feet of a speedy forward, a flashy midfielder or a swashbuckling defender. With new colorways of the GT being released, we hope to see more of it in 2011.

Best New Soccer Product Line
Inspired and endorsed by the King of Football himself, Pelé Sports appeared on the soccer scene with a vengeance and a wide series of high-quality products ranging from soccer boots to a futsal range in 2010. We look forward to more from them in 2011. 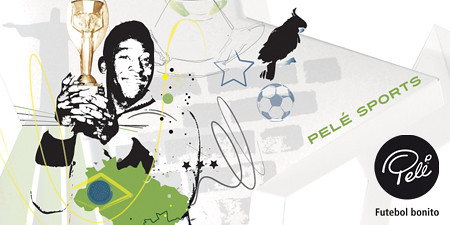 Best Soccer T-Shirt Line
Brilliant and clever designs, an appreciation for all things retro and great-quality make COPA soccer t-shirts among the best in the business.

Best Kit Launch
Soccer Babes in Thongs Launch the Vélez Sársfield 2010 Penalty Centenary kit. There is nothing else to say and there was no other kit launch that even came close in 2010.

Best Fans
Thought most of them couldn’t make it to South Africa, the Soccer Babes of World Cup 2010 turned out to local pubs and fan parks around the planet to support their teams in various states of undress. They were led by the now internationally renowned World Cup 2010 “Musa” Larissa Riquelme.

Best International Match
After battling opponents and bad refereeing in draws against England and Slovenia, the USA needed a win against Algeria in their final 2010 FIFA World Cup group stage match to secure a Round of 16 spot. After 90 minutes of heart-pounding action, Landon Donovan got a late winner to send Team USA into the second round against Ghana. Relive the action at the FIFA Highlights site.

Best Club Team Match
Fittingly, we found this to be the UEFA Champions League Final between Inter Milan and Bayern Munich. Jose Mourinho’s team put on a memorable display of world class soccer against a good FC Bayern to deservedly lift the 2009/10 UCL trophy.