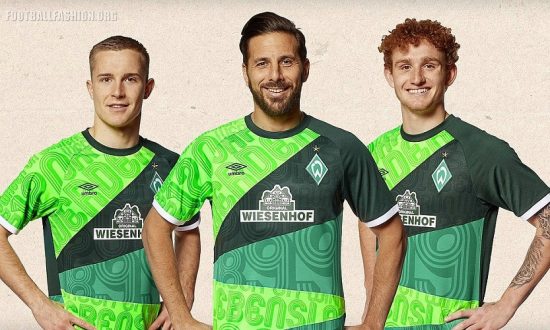 Set to be worn for Sunday’s league clash with FC Augsburg on Sunday, the new Werder jersey three tones of the team’s primary green that have been used as the bases of their home shirts in recent years. 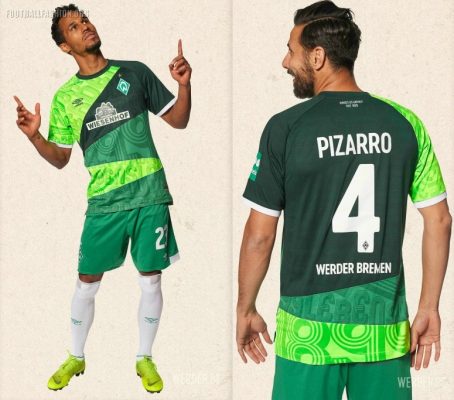 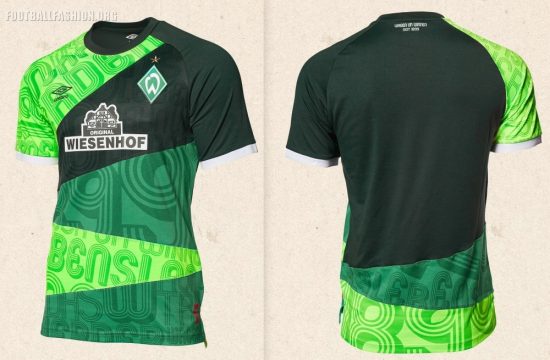 “Wagen un Winnen Seit 1899” is printed on the upper back just below the jersey’s ribbed, rounded collar. 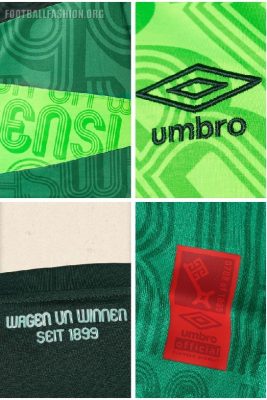 Werder’s 120th Anniversary Umbro kit is completed with the club’s current crest and white sleeve cuffs. It will be matched with green shorts and white socks in match action.