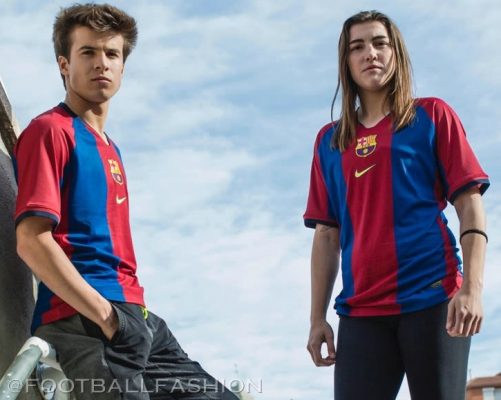 The defending Spanish La Liga and Copa del Rey champions’ latest jersey is based on their 1998 – 1999 home shirt. 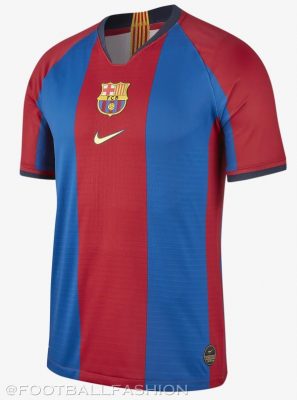 The kit was the first supplied to the team by Nike at the beginning of Barca’s now twenty-year association with the American sportswear giant. 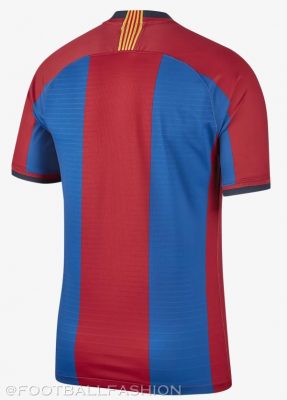 Like the 1998/99 kit, the FC Barcelona 2019 El Clasico jersey has one red vertical stripe on its front with wide blue stripes at its side. It also recreates the mainly blue v-neck collar of the late nineties jersey. 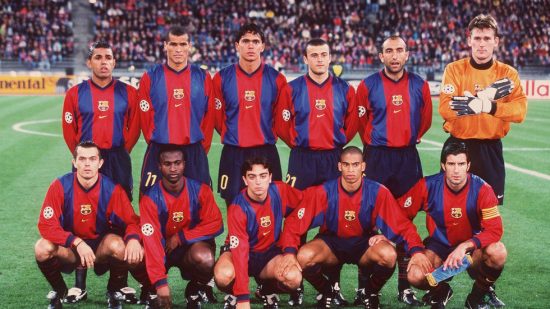 As was the case twenty years ago, the iconic FC Barcelona crest is stitched onto the middle upper chest of the shirt with the Nike Swoosh beneath it. The Catalan flag is applied at the rear collar. 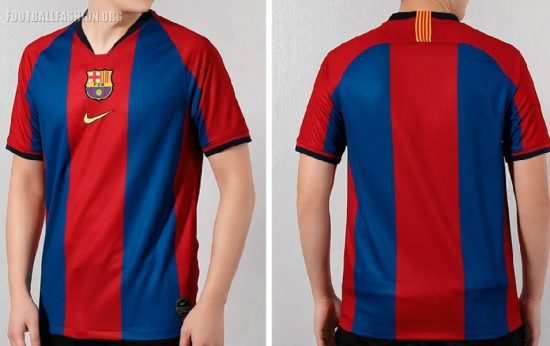 The FC Barcelona 2019 El Clásico kit is the third limited run jersey that Nike has released along with FCB’s 2018/19 home, away and third kits. The others were a mashup shirt celebrating Barca and Nike’s twenty years of collaboration and an American football jersey.