Known for their pipeline of Brazilian talent that has brought the likes of Willian, Fred, Fernandinho and Douglas Costa to European soccer, FC Shakhtar Donetsk meet English champions Manchester City in the UEFA Champions League on Tuesday. 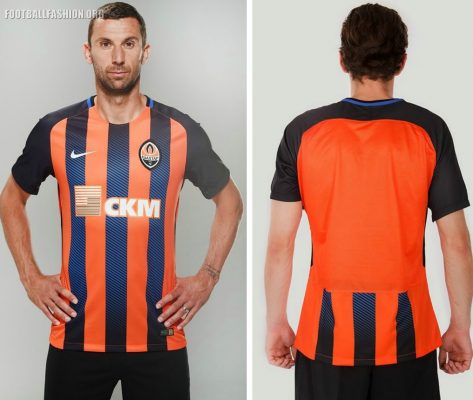 The perennial Ukrainian Premier League title contenders are donning Nike kits again this season as part of their long-running deal with the American sportswear powerhouse. 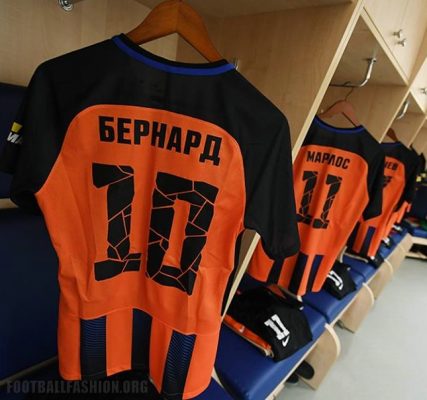 In keeping with a once common practice, Shakhtar Donetsk only launches one new kit per year alternating between their home and away shirts. Therefore the club’s 2018/19 home jersey is the same as last year. 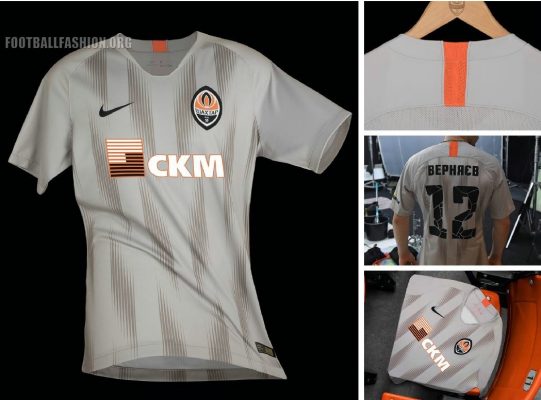 It uses the 2017/18 Nike Vapor template in Shakhtar’s orange and black stripes. Blue diagonal lines create blue gradient effect within the black stripes and matches with the shirt’s collar trim. 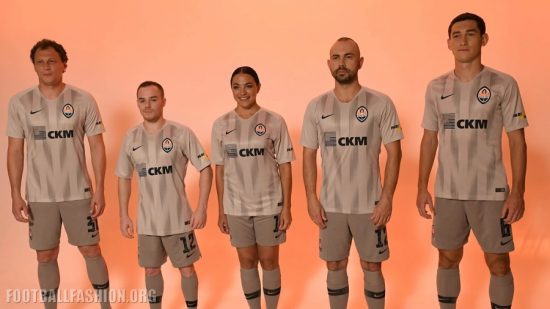 The FC Shakhtar Donetsk 2018/19 away kit is based on the latest Nike Vapor Match template. It has a light gray base with a series of broken stripes on its front and back. The stripes are made up of pinstripes in a darker shade of gray than the rest of the v-neck shirt. 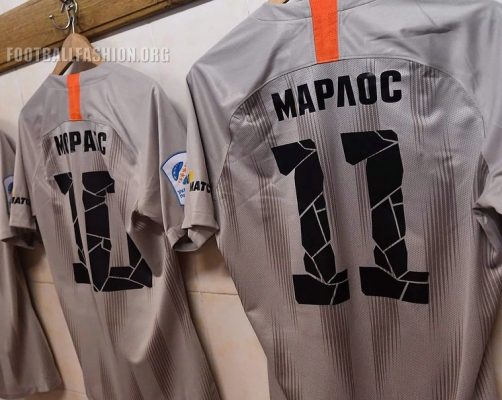 A vertical flash in Shakhtar’s orange runs along the outside upper back of the jersey. 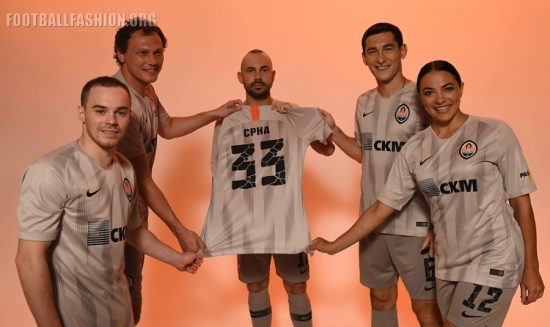