Czech First League champions for five of the last eight seasons meet out of form Real Madrid in the UEFA Champions League on Tuesday. 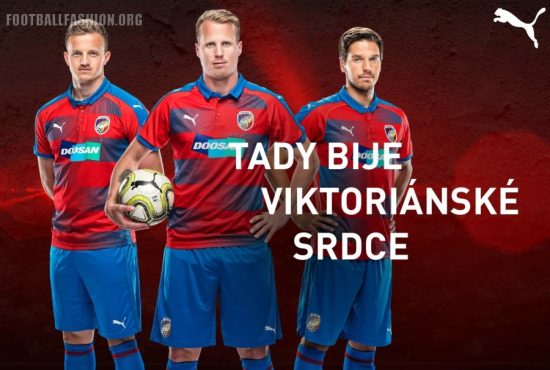 The Bohemian club will wear their red and blue 2018/19 PUMA home kit for their trip to the Santiago Bernabéu Stadium tomorrow. The shirt is part of the team’s three kit match range for the ongoing season. 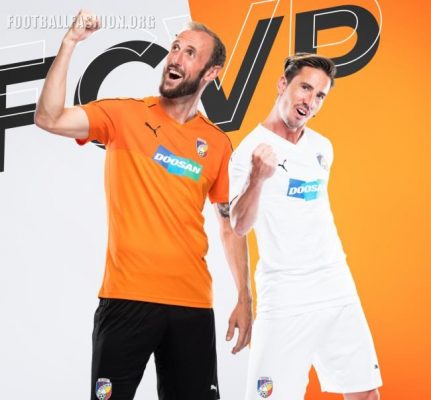 The FC Viktoria Plzeň 18/19 PUMA jersey was launched with the theme  “Elegance – Tradition – Functionality”. It uses one of PUMA’s current polo collared football shirt designs. It has a red base with broken blue horizontal stripes on its front. 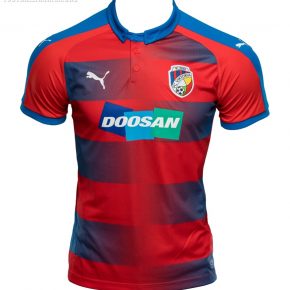 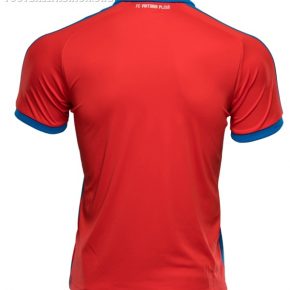 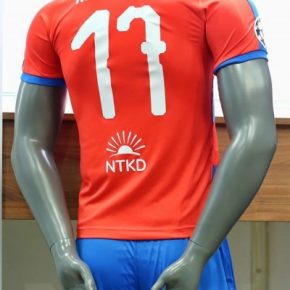 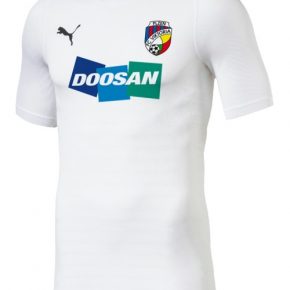 The stripes fade via a gradient effect. Blue PUMA T7 stripes and matching sleeve cuffs add additional contrast to red on the kit. 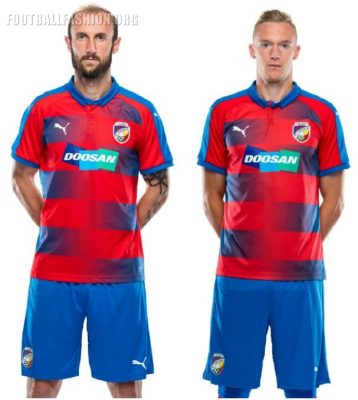 The FC Viktoria Plzen alternate kits are in white and orange. The club has not designated either as an away or third jersey. 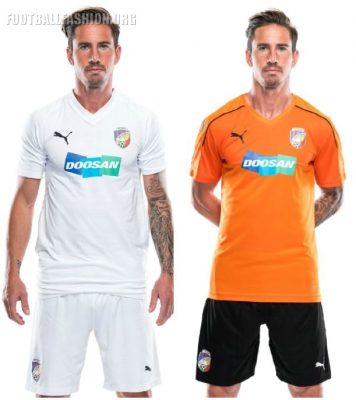 The are based on relatively simple v-neck designs from PUMA’s 2018/19 teamwear catalog. The orange shirt has a bit more details than the white kit via black shoulder piping. 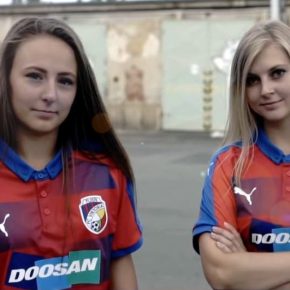 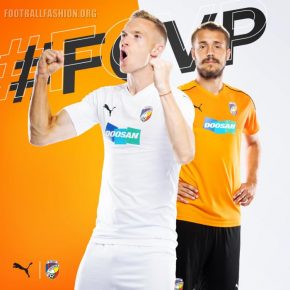 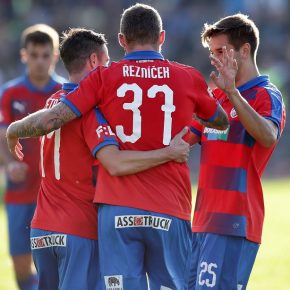