Fluminense Football Club have joined fellow Campeonato Brasileiro Série A side Atlético Mineiro in the ranks of DryWorld sponsored teams. 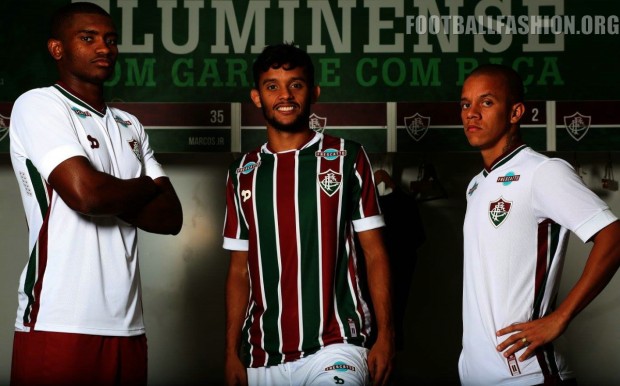 The four-time Brazilian champions make the switch after an astounding nineteen years of wearing adidas uniforms.

Fluminense unveiled the 2016 home and away kits from DryWorld on Friday nights at a gala-styled event in Rio de Janeiro. The latest Flu training and leisure ranges were also on show at the launch. 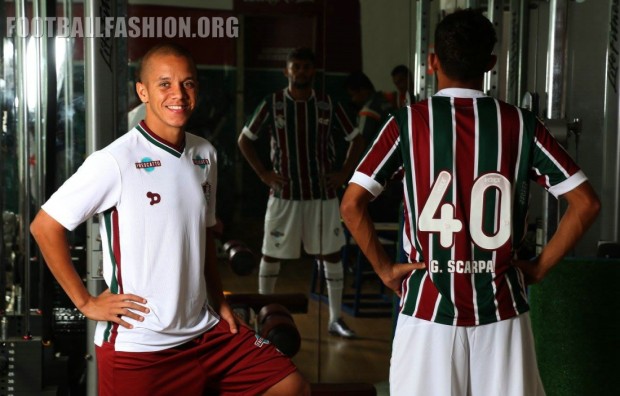 Fluminense’s 2016 home jersey is in their famous green, claret and white stripes. It features a modern, rounded ribbed collar with a subtle neck insert. The sleeve cuffs on the shirt are relatively large and in all white.

The Fluminense 2016 DryWorld away jersey is mainly white with a classic soccer shirt overlapping v-neck collar in the club’s collars. Stripes in the same colors run down its sides.

Fluminense will debut their DryWorld 2016 home kit during Sunday’s Campeonato Carioca meeting with América RJ at the Maracanã Stadium. 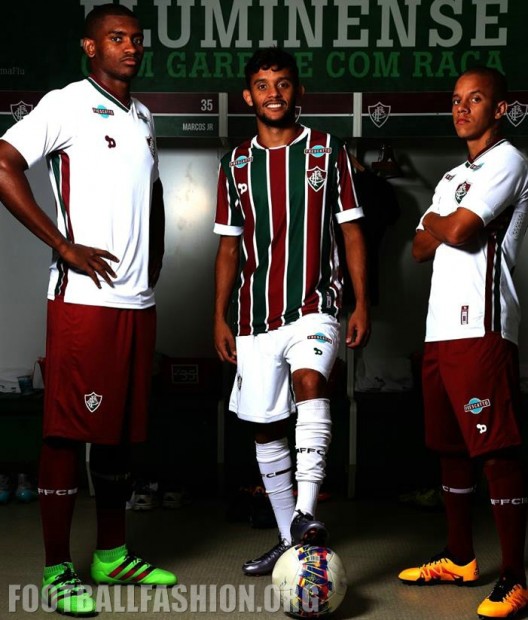