The Real Madrid 2016 UEFA Champions League winners jersey includes a commemorative print marking Saturday’s final in Milan on its mid-breast area. The text is identical to that worn by manager Zinedine Zidane’s team during their penalty kick defeat of Atletico Madrid at the San Siro. The back of the kit has a purple print reading “CHAMPIONS MILAN MAY 2016” above a stylized number 11 containing the years of all of Los Blancos European titles. “FIRST NEVER FOLLOWS” appears at the bottom of the number. 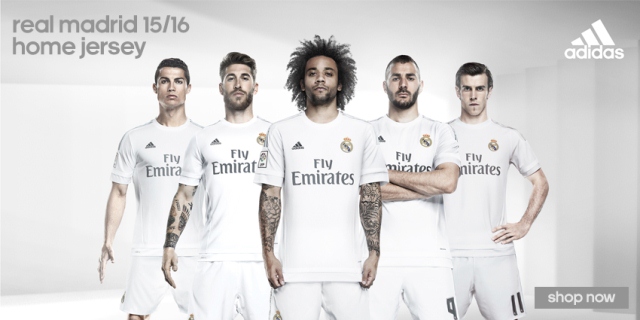