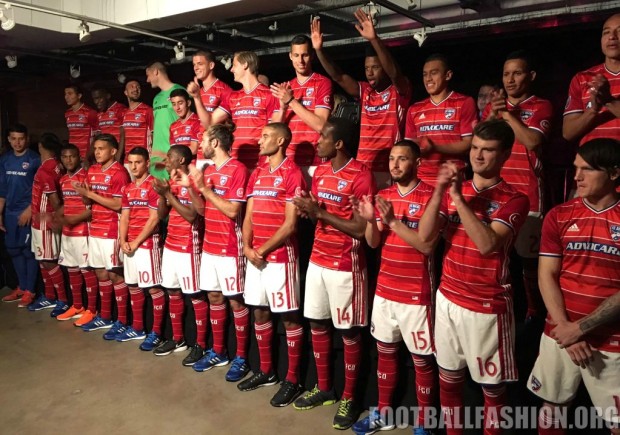 Available at the World Soccer Shop and Kitbag MLS stores, the FC Dallas 2016 home shirt maintains the tonal red hooped look that the Texas team has favored since 2014. White horizontal pinstripes have been added to this year’s FCD home kit for look that is slightly reminiscent of the red and white hooped jersey’s worn by the club from 2008 to 2013.

The sleeve cuffs and v-neck collar of the new FC Dallas home jersey are in the dark blue and white traditionally used for the team’s away kits (such as their 2015/16 change strip).

White adidas stripes run down its flanks while a stylized Texan flag appears on the shirt’s rear outside collar. “Dallas ‘Til I Die” is printed on the kit’s inside neck taping.