Spanish La Liga champions FC Barcelona have revealed the details of the Nike kit that they will wear during Sunday’s Copa del Rey Final against Sevilla at the Vicente Calderón. 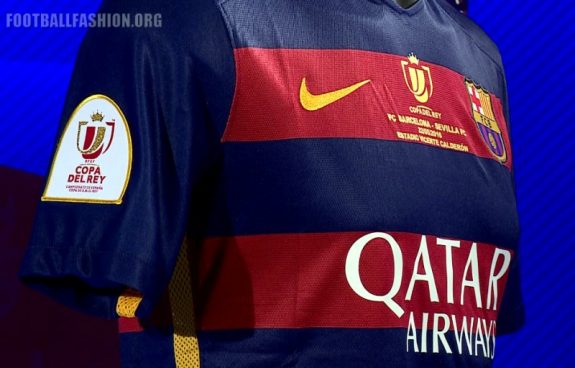 With Sevilla opting to wear a one-off mainly white kit for meeting, FC Barcelona will don their hooped 2015/16 home jersey. The shirt features a print of the of the Copa del Rey logo on its mid-breast area in place of the FIFA World Club Cup Champions patch that was added to Barca’s shirts in December. Details of the match are printed below the logo. The Copa del Rey patch is stitched on the right sleeve of the kit.