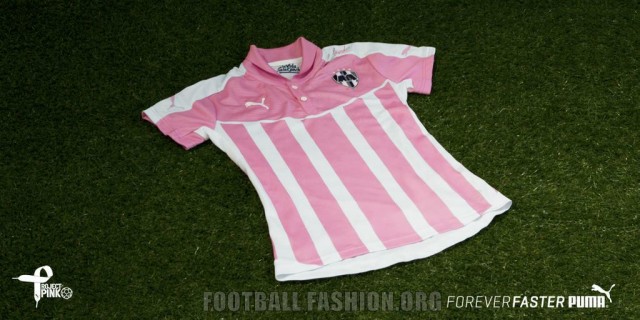 The shirts support the fight against breast cancer use pink as their dominant color and are fitted for female soccer fans. They use the same PUMA kit designs as the club’s 2015/16 home jerseys but have their sponsor logos removed. The PUMA Project Pink logo is embroidered on the upper back of each jersey. 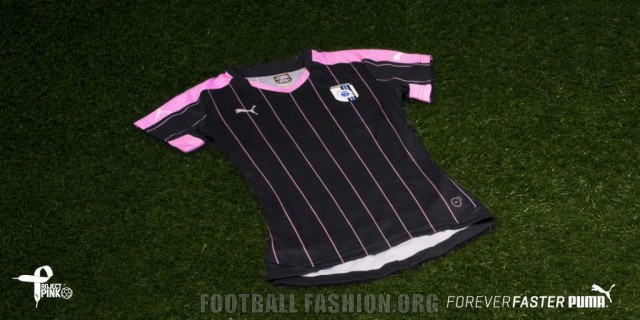 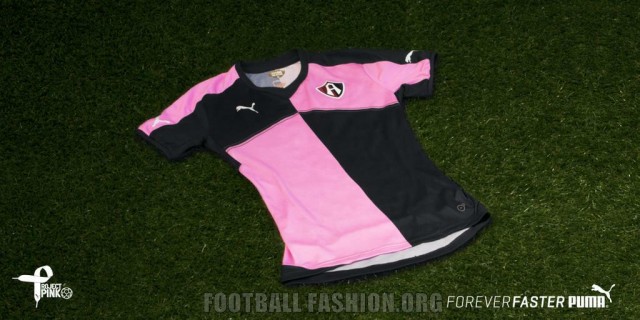