Surprise package of the ongoing Dutch Eredivisie season, Heracles Almelo are one of only a few professional soccer clubs wearing kits from motorcycle gear specialists Acerbis. 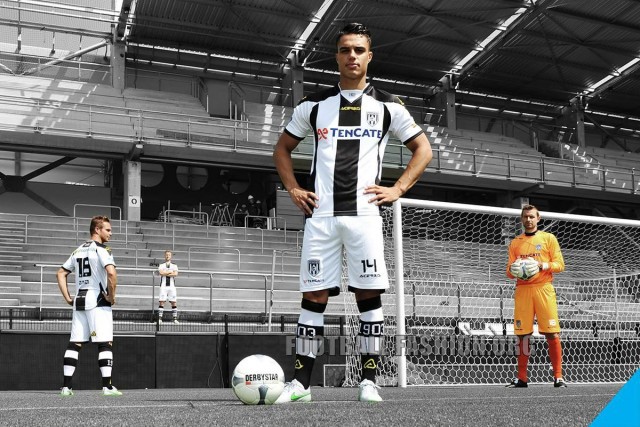 Currently in third place in Holland’s top division of football, Heracles have worn their black and white striped 2015/16 home kit for most of their league matches to date. The team nicknamed “Heraclieden” also have alternate jerseys in all white and all black for what is their eleventh consecutive season in the Eredivisie. 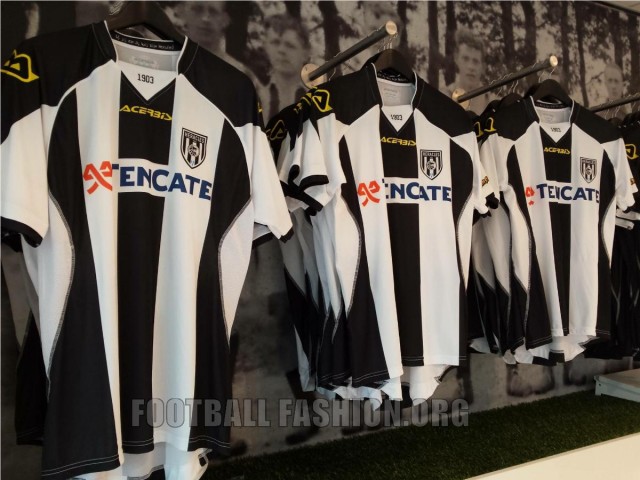 All three kits use the same modern Acerbis design featuring a ribbed standing collar with a neck insert with the year of the club’s founding, 1903, at its front. The current season, 2015- 2016, is recognized via embroidery on the shirts’ lower back area.

The city of Almelo’s coat of arms is embroidered on the signoff areas of the jersey. Sponsor logos appear on the front, left sleeve, rear outside collar and upper back areas of the kits.

Continue Reading
You may also like...
Related Topics:2015/16 Kits & Jerseys