Defending Liga MX champions Santos Laguna have unveiled their PUMA home and away jerseys for their Apertura 2015 and Clausura 2016 seasons. The new kits will also be worn by Los Guerreros (The Warriors) for their 2015/16 CONCACAF Champions League campaign. Both shirts are now on sale at World Soccer Shop. 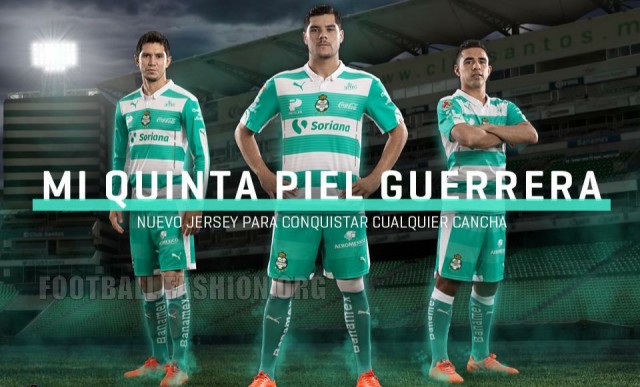 The Santos Laguna 15/16 PUMA home jersey is in the traditional green and white hoops of the club. There is a series of smaller tonal hoops within the wider hoops in the new shirt. The kit uses the same polo collared design as the Italy 2014 World Cup home jersey. Its left sleeve has an insert in the colors of the Mexican national flag while the text “GANAR SIRVIENDO” is printed on the inside back of the collar. 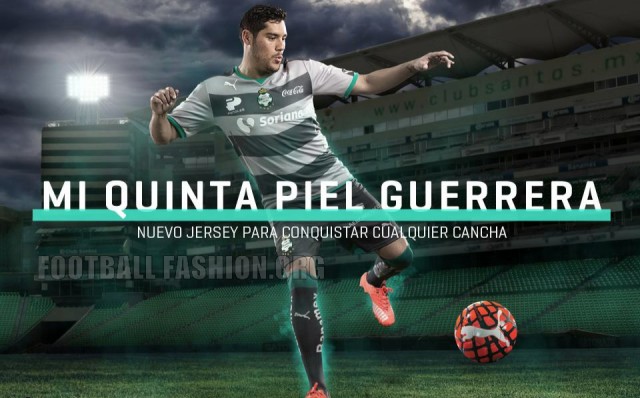 Santos Laguna’s 2015/16 PUMA away shirt uses dark gray and black chevrons instead of hoops. The jersey has a modern crew neck design with a v-shape at its front. Santos’ green appears on the collar, sleeve cuffs and waistline of the slimfit jersey. The Mexican flag adorns the middle of the inside of the collar on the back of the  kit. 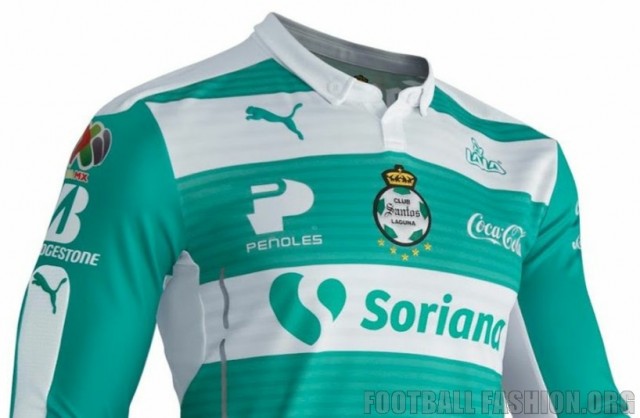 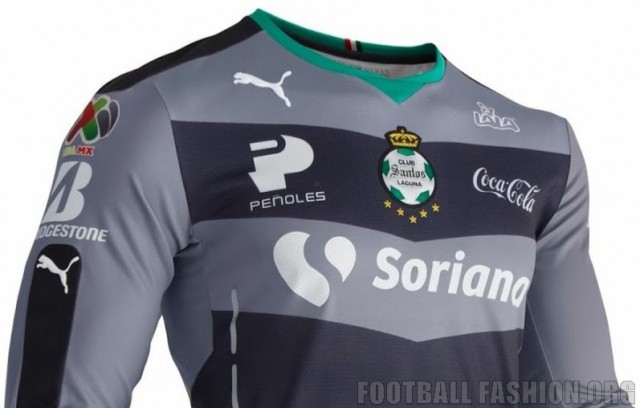