Popular Liga MX club Pumas de la UNAM have released their 2015/16 Nike home and away kits for the Apertura 2015 and Clausura 2016 Primera División seasons. Both will be available at the World Soccer Shop Liga MX store.

The seven-time Mexican league champions return to competitive action next weekend in their traditional home gold and away white jerseys. 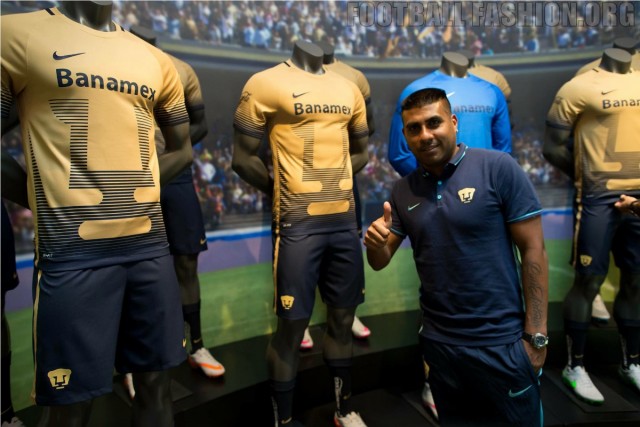 The Pumas 2015/16 Nike home shirt has a rounded neck design with the famous club graphic on its front formed of blue lines which gradually become bolder toward the waistline. A similar effect is used on the jersey’s sleeves. A Puma head also appears on a pennant label on the inside neckline. The new Pumas primary uniform is completed by dark blue shorts and socks. 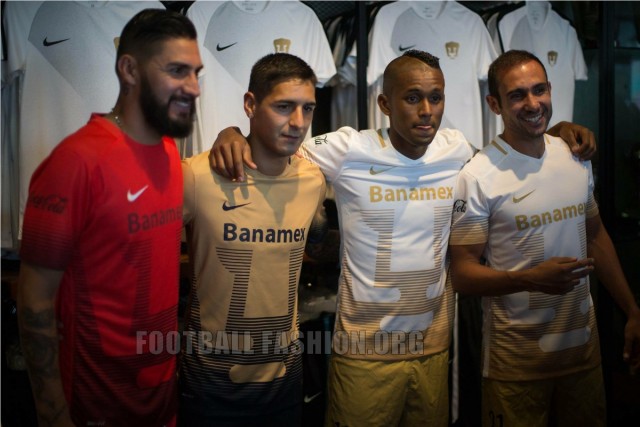 The Pumas UNAM 15/16 Nike away kit has the same graphics are the home jersey but in gold. It has a v-neck instead of the crewneck of the home shirt. Both have laser cut ventilation holes on their shoulders and side panels. 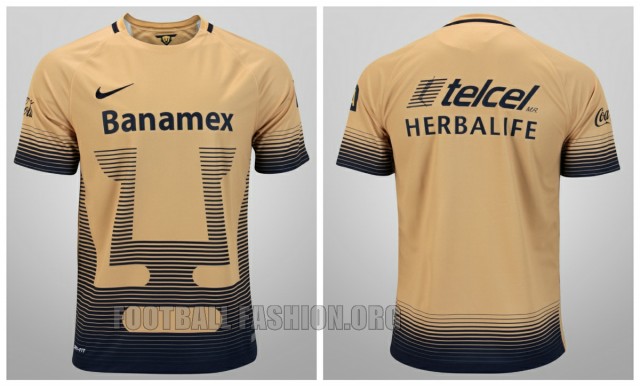 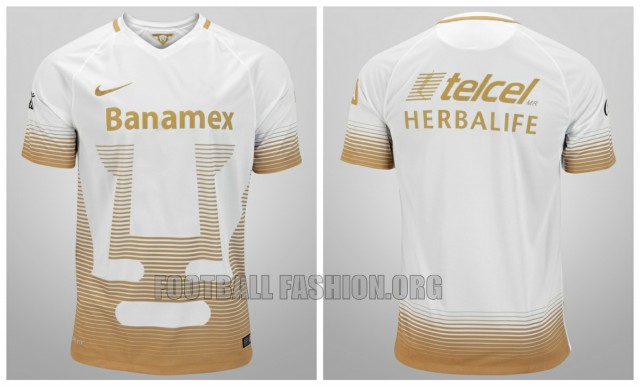 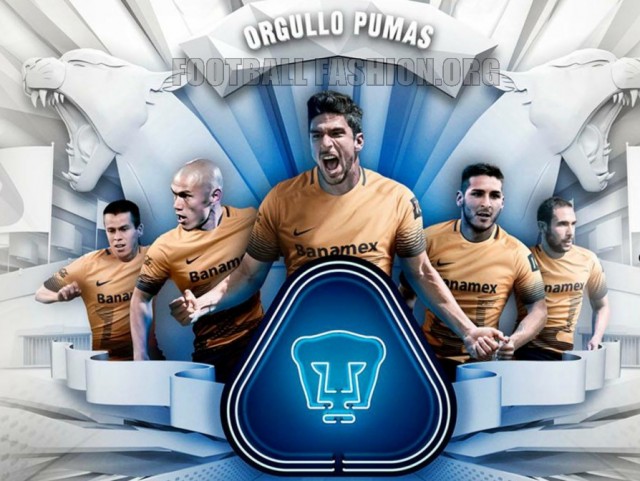 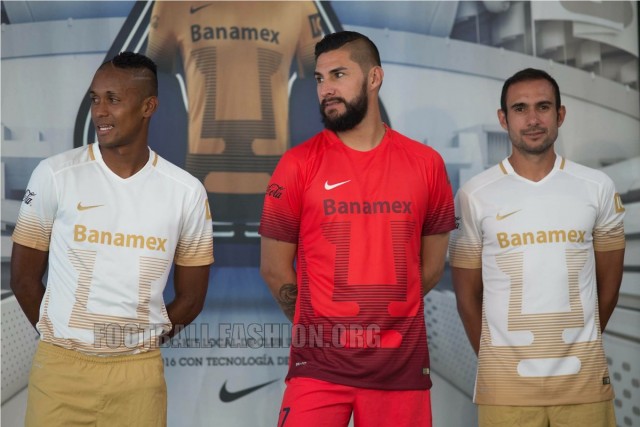