In the news for signing veteran manager Claudio Ranieri last week, Leicester have released their 2015/16 PUMA away kit. It joins The Foxes previously revealed 15/16 home uniform in their match range for the upcoming English Premier League season. Both will be on sale at World Soccer Shop, Subside Sports and UK Soccer Shop. 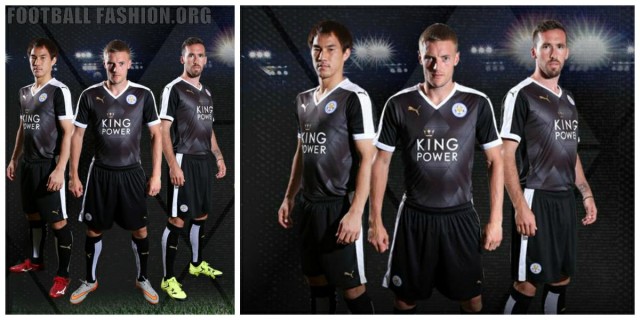 The Leicester City 2015/16 PUMA away kit is mainly black with a diamond pattern across its front. It has a relatively low white V-neck collar and white PUMA T7 stripes on its shoulders. The PUMA branding on the jersey and its accompanying shorts and socks is in gold. The kit is the first predominantly black kit worn by The Foxes since 2013. 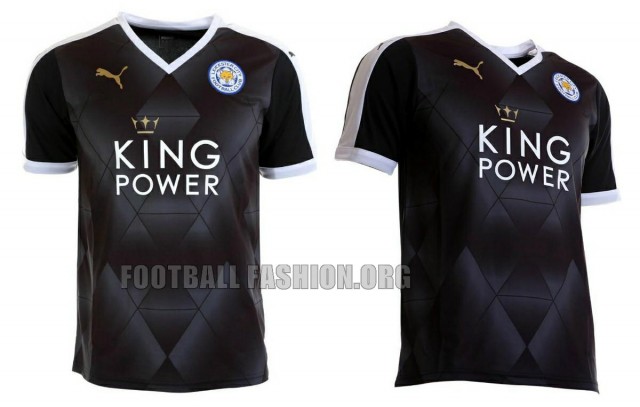