UEFA Champions League bound VfL Wolfsburg have unveiled their 2015/16 away kit. Provided by Die Wölfe (The Wolves) equipment partner Kappa Deutschland, the striped green, white and blue jersey joins the already revealed Wolfsburg 15/16 home kit in it their new match collection. Both will be on sale at UK Soccer Shop and Subside Sports. 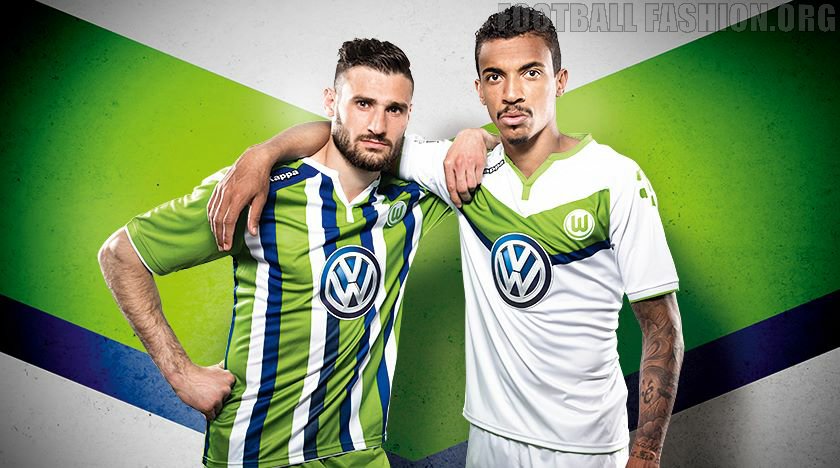 The Wolves return to a striped jersey for the first time since their tumultous 2010/2011 season. It is based on their alternate kit the 1994/95 season when they made it to the DFB-Pokal final for the first time in their history. Though the team did not win the title some twenty years ago, they did back on May 30th by beating Borussia Dortmund 3-1. The jersey celebrates the the successes of both cup final appearances. 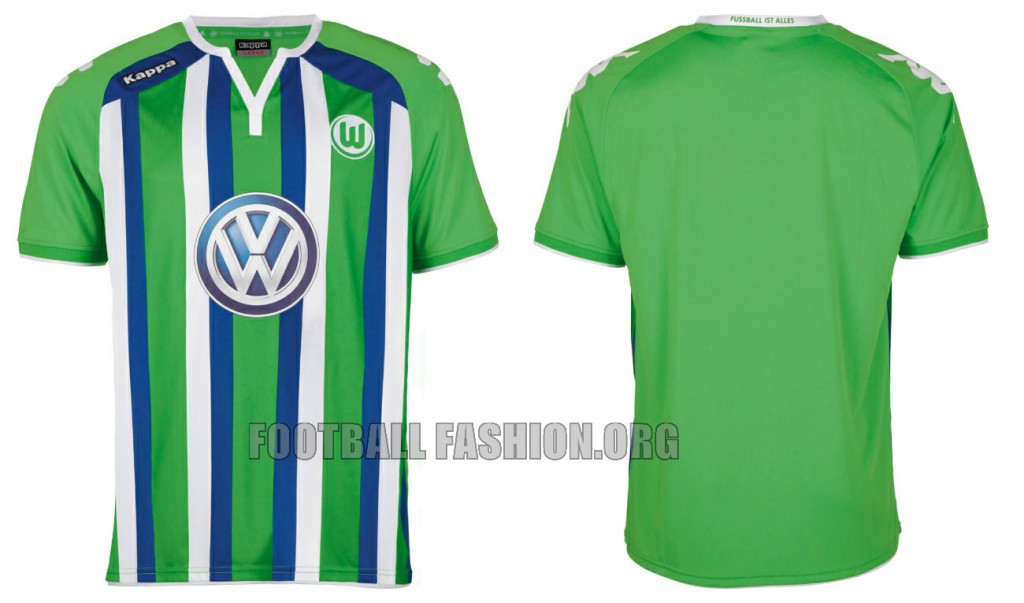 The Vfl Wolfsburg 2015/16 Kappa away shirt has a bright green base throughout. The front of the jersey has a series of four stripes in white and dark blue along with dark blue flashes on the shoulder area. It features a modern Y-neck collar in white and is matched with white shorts and socks in green, navy blue and white. 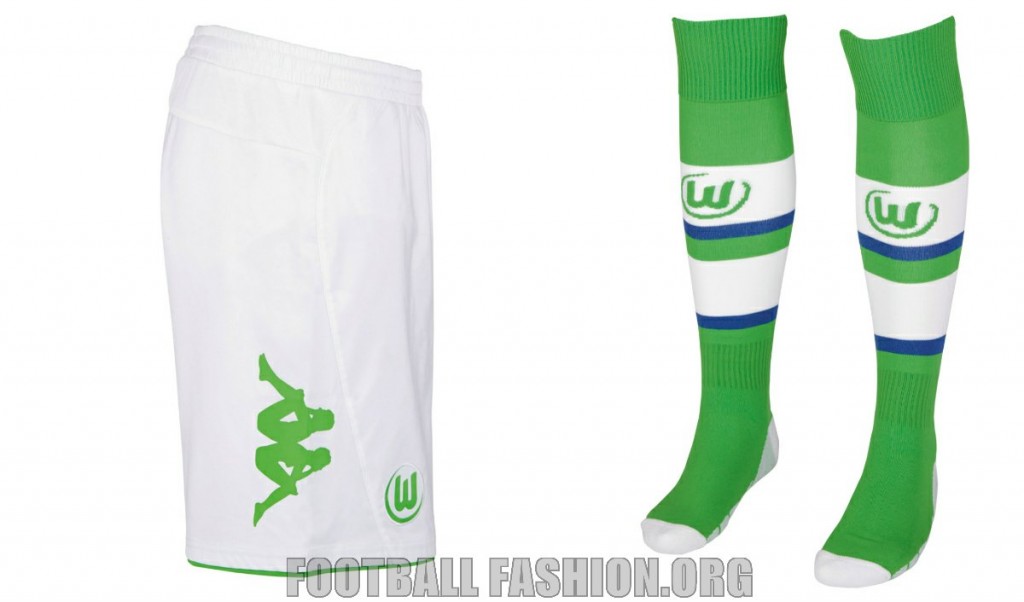 “This jersey in retro design captures the strong cohesion within VfL Wolfsburg. At the same time, it’s also a reminder of the first years of professional football in Wolfsburg,” commented VfL’s Director of Sport Klaus Allofs.