Reigning Russian Premier League champions FC Zenit Saint Petersburg have officially unveiled their home and away kits for their 2015/16 domestic and UEFA Champions League seasons. Both will be on sale at World Soccer Shop, Subside Sports, UK Soccer Shop and Kitbag. 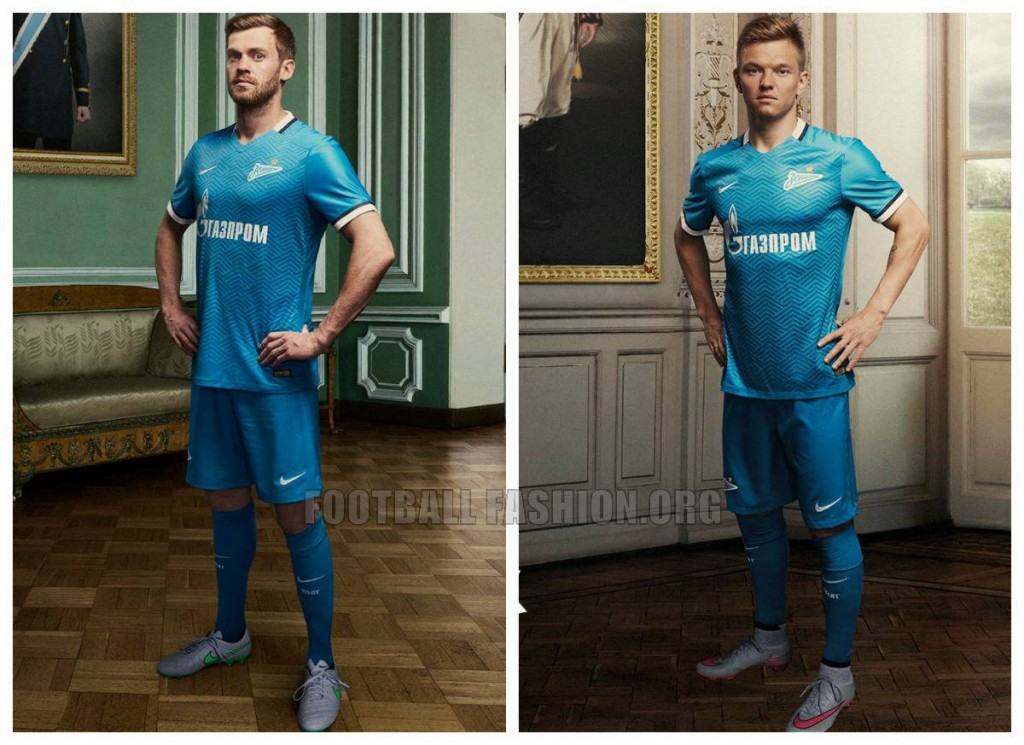 Last season’s championship sees Zenit become the first club outside Moscow to claim the league title five times and, with that accomplishment, secure the privilege of placing a commemorative star above its club crest. This achievement is celebrated in the design of the club’s new home and away kits, which also honor 90 years of tradition. 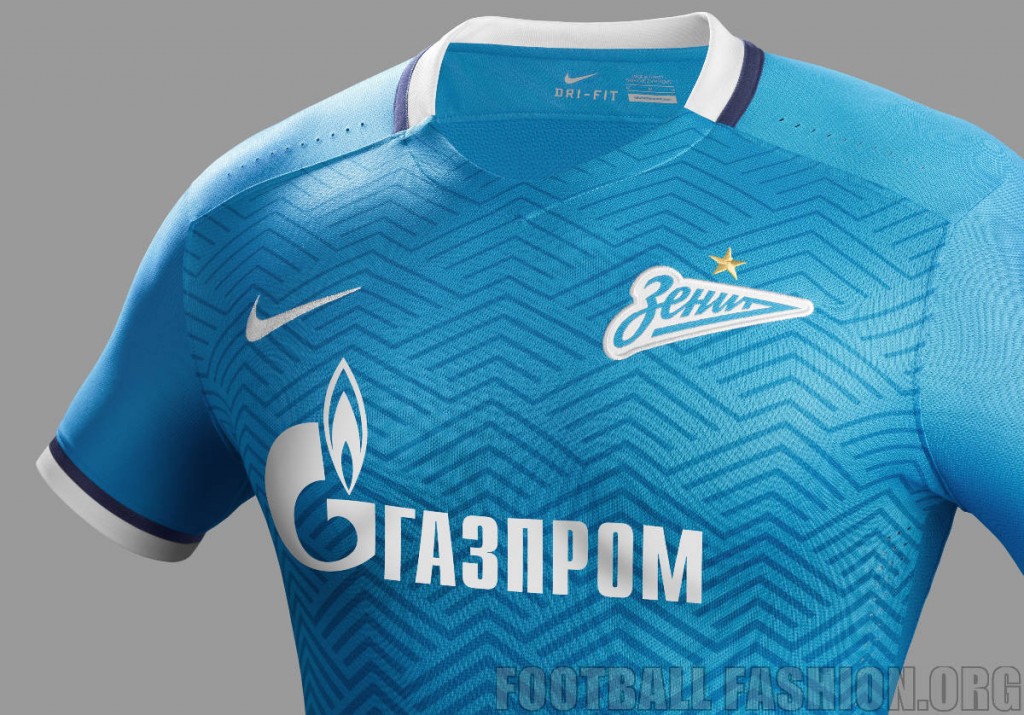 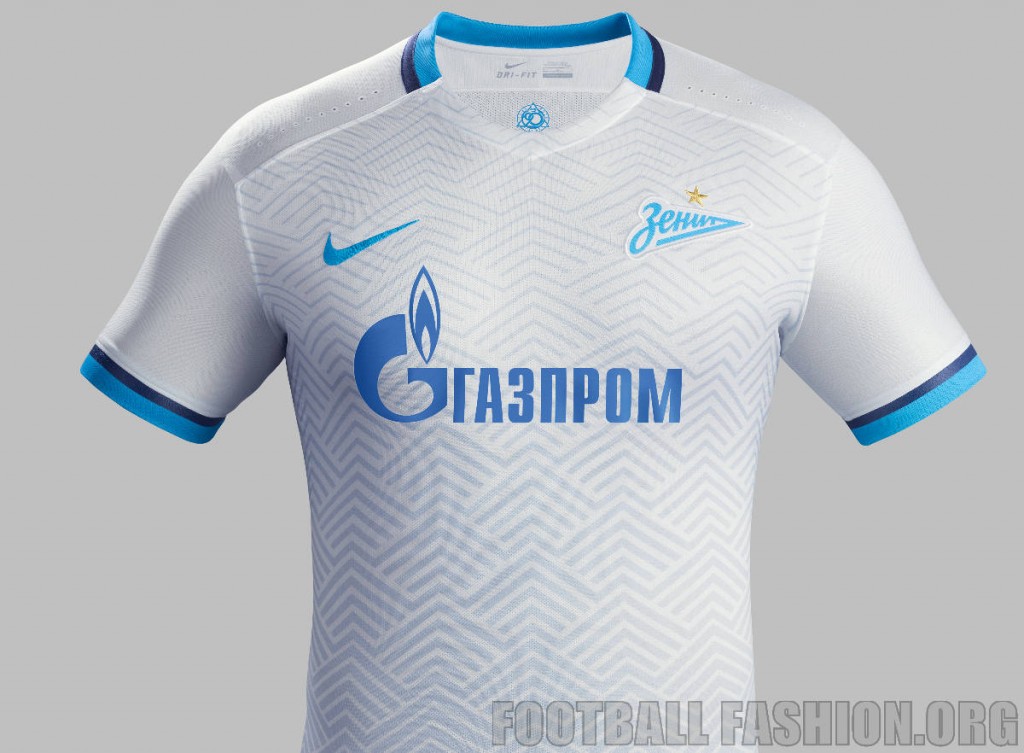 To commemorate the club’s 90th anniversary year, the new light blue home jersey features an inner pride badge with the number 90 lining the back of the neck. Additional visual elements include a unique, new graphic representing the waves of the Neva River, within which Petrovsky Island, home to Zenit’s stadium, sits. 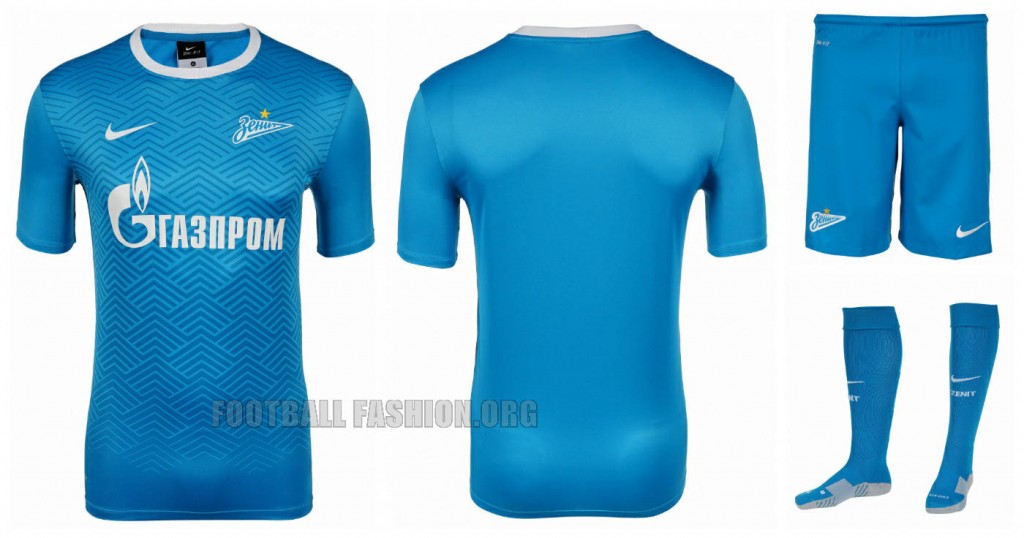 “It is always exciting to see a new jersey for the upcoming season,” says Zenit midfielder Oleg Shatov. “You can see how much work and attention to detail went into the development of the kit. Club colors, symbols and a new star will motivate and inspire us to strive for new victories.” 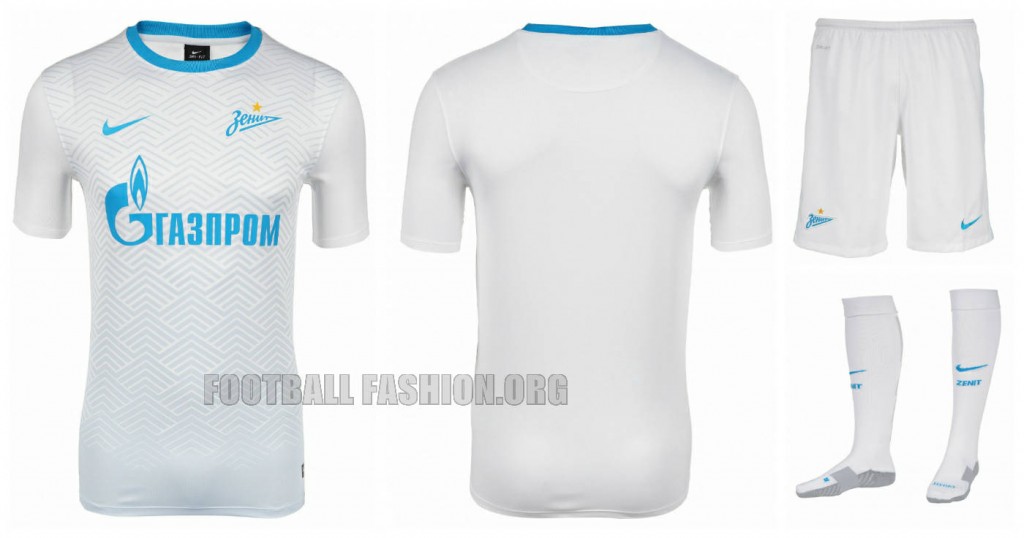 Zenit’s new away kit reverses the design, employing light blue patterns — accentuating the contours of the body and representing the swell and texture of the Neva River — against a bright white base. 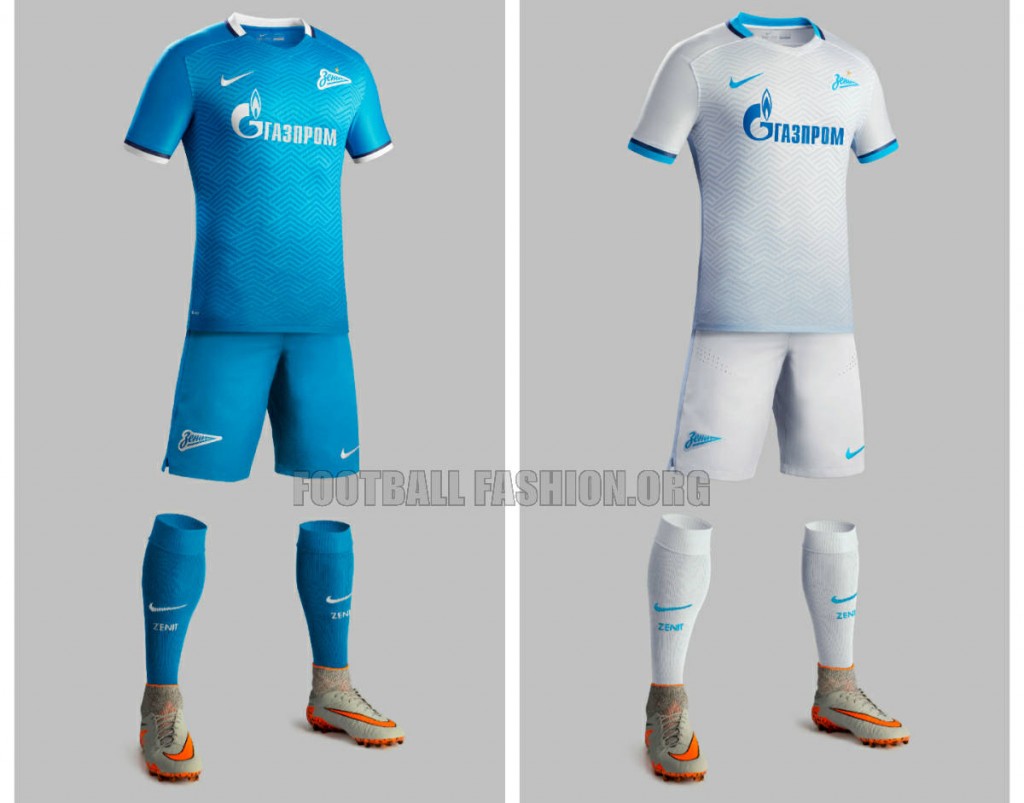 The launch of the new kit concludes the club’s “Reign Supreme” campaign, which cast the Zenit players as 19th-century Russian aristocrats strategizing for future glory. In the final scenes, the team is dressed in its new uniform, signaling preparedness for the 2015-16 season.