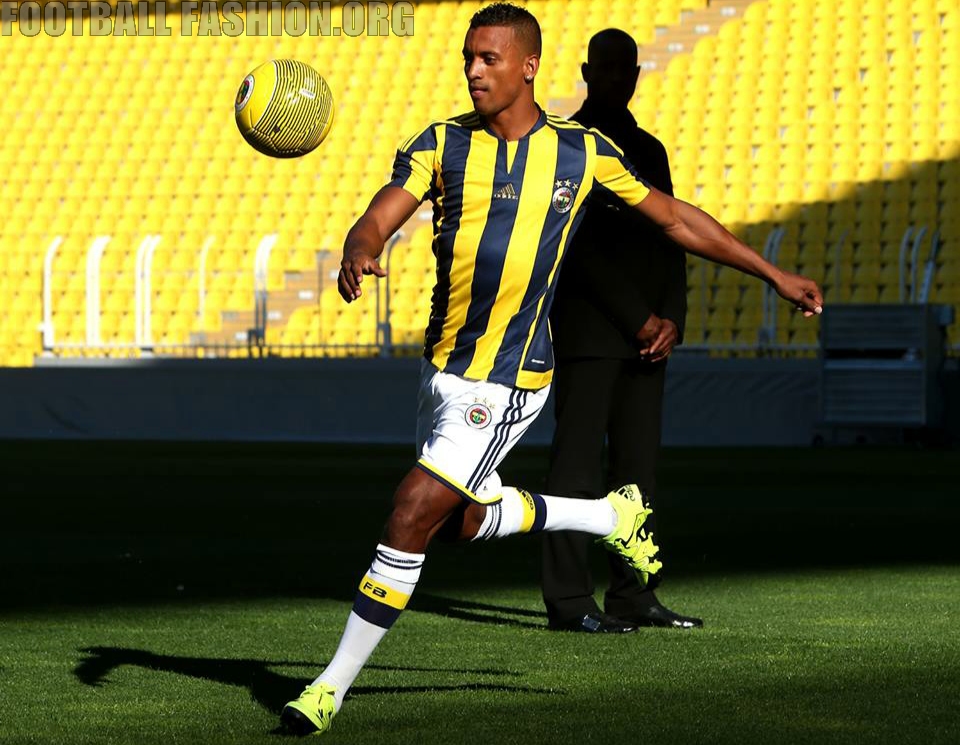 The launch of the nineteen-time league champions’ 15/16 away and third kits followed a day later. All three kits will be available at World Soccer Shop, Subside Sports and UK Soccer Shop. 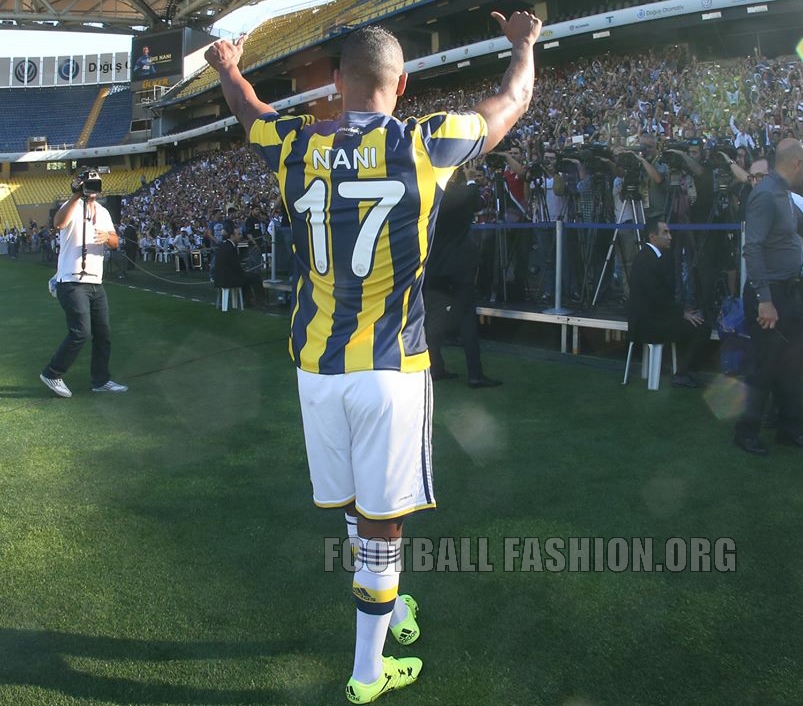 The Fenerbahçe 2015/16 home kit is in their famous yellow and dark blue vertical stripes with a contemporary standing collar that leads to a split v-shaped opening on the chest. A yellow insert is placed in the opening. “Fenerbache” is embroidered on the upper back of the shirt in cursive font. The design used for the shirt is new from adidas and has not been used for many of the sportswear firm’s new kits. 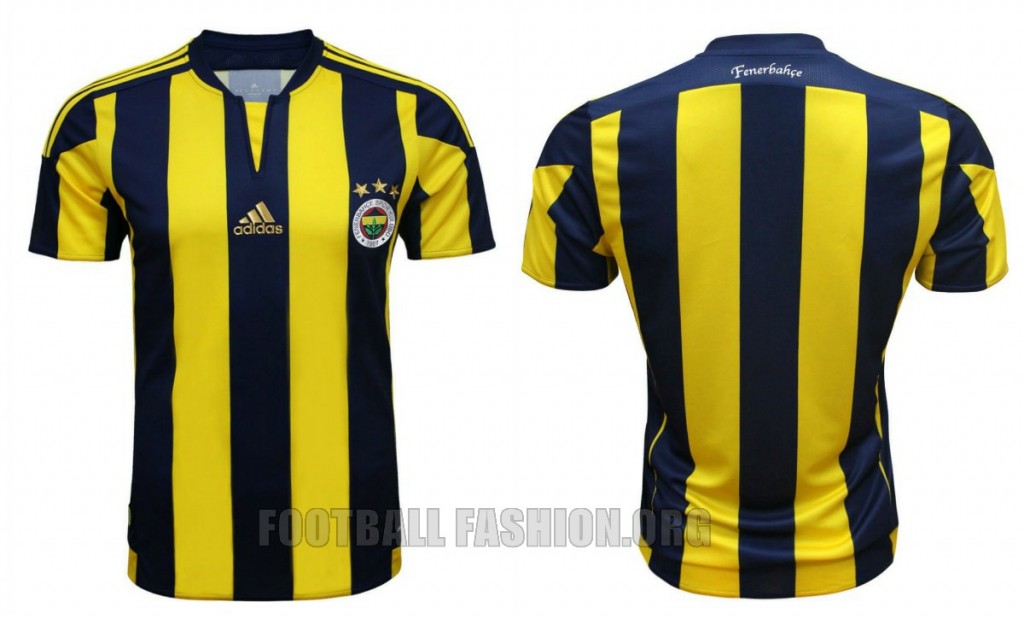 The Fenerbahce away jersey also uses a new adidas design that is highlighted by a series of sky blue horizontal strips on the front. The rest of the shirt is light gray with black mesh accenting. 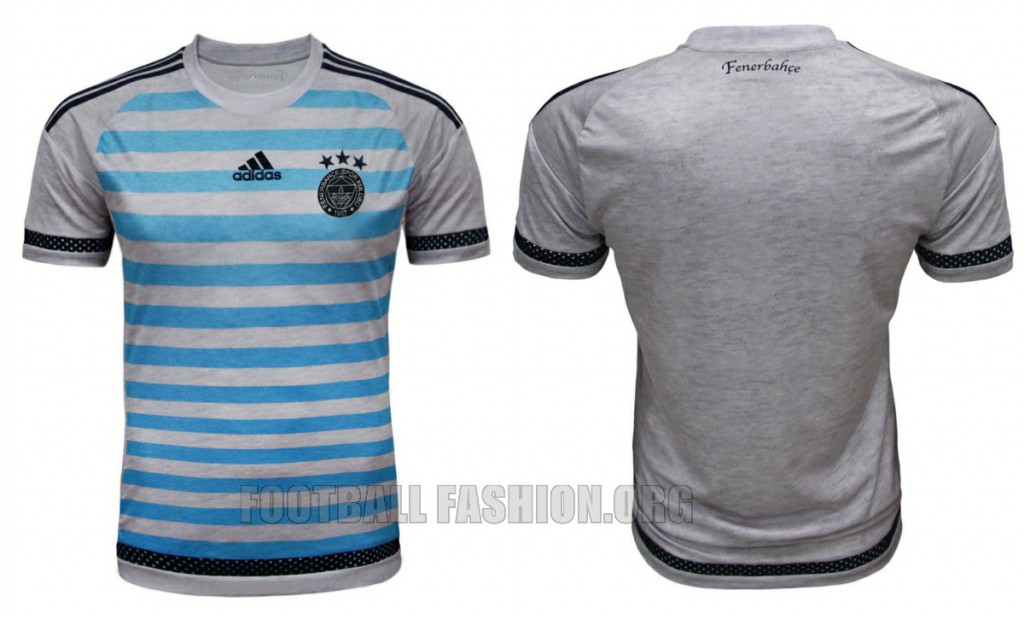 The Sarı Kanaryalar (Yellow Canaries) third jersey is dark blue with bright yellow accenting. It has a classic styled polo collar with a two button placket. A series of horizontal stripes run across its front and blend into an area of lighter blue. 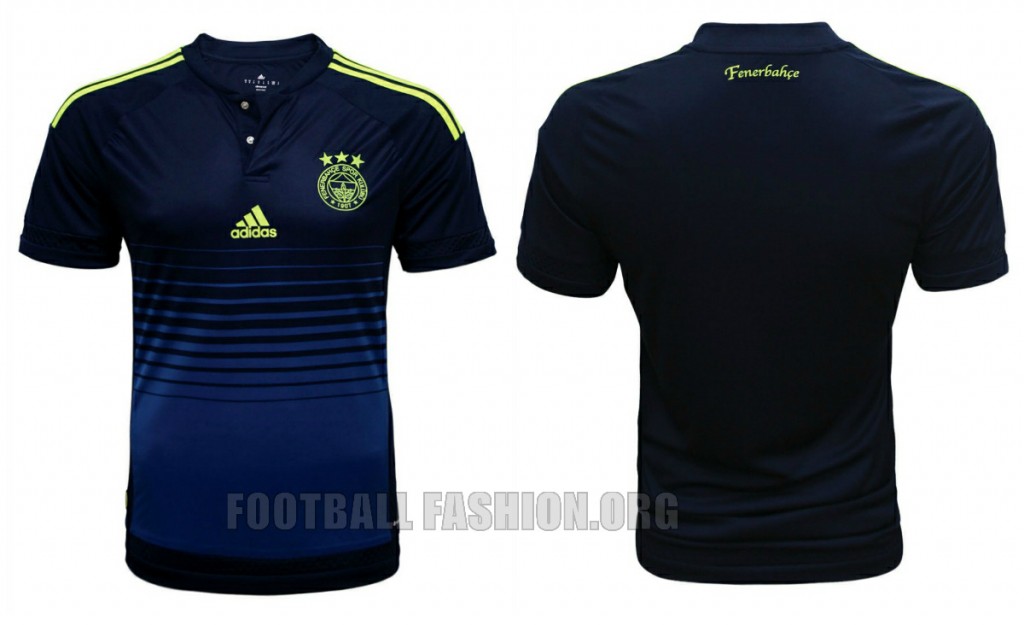 Rumored to be in talks with veteran Manchester United striker Robin van Persie, Fenerbahçe currently have veteran internationals that include Diego (Brazil), Bruno Alves, Raul Meireles (both Portugal) and Miroslav Stoch (Slovakia) on their books.