Seattle Sounders FC unveiled its new secondary kit for the 2019 Major League Soccer season on Monday evening, releasing the design in conjunction with MLS and adidas at a special reveal event at Zulily headquarters in Seattle.

Named “Nightfall,” the all-black kit features striking pink accents along the sleeves and sides, as well as a unique jock tag and neck tape. 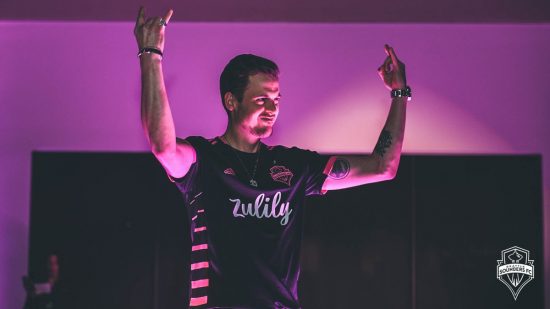 Nightfall replaces the previous Heritage secondary option and will serve primarily as Seattle’s away kit, though it will be worn at a select home game announced later this season. 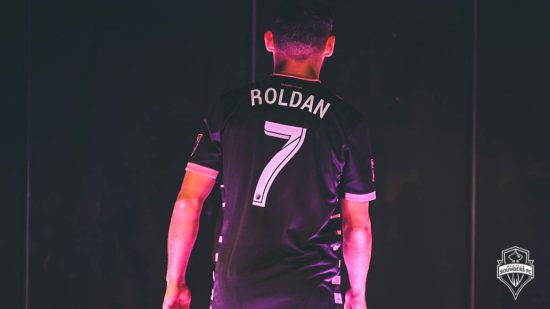 The new kit will be on sale at World Soccer Shop, Kitbag, Pro:Direct Soccer and UK Soccer Shop in authentic and replica versions. 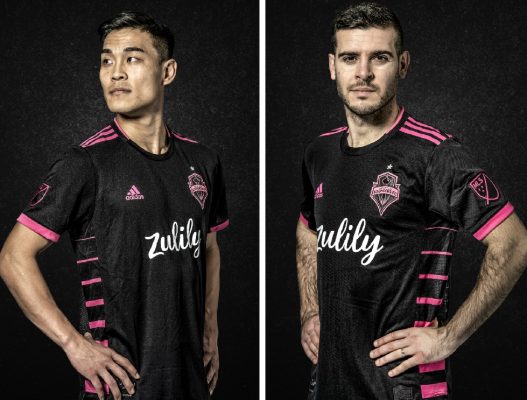 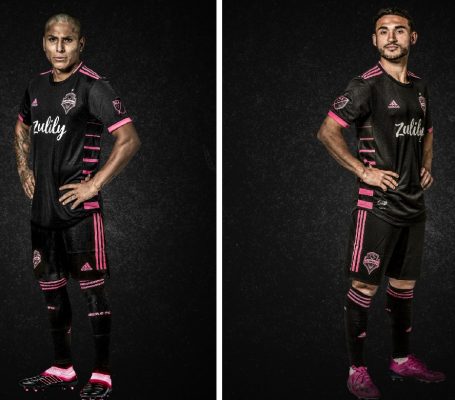 The club and adidas drew inspiration for Nightfall from the evening sky over CenturyLink Field during an iconic match in Sounders FC history, as Seattle faced rival Portland in front of 64,207 home fans on July 13, 2014. 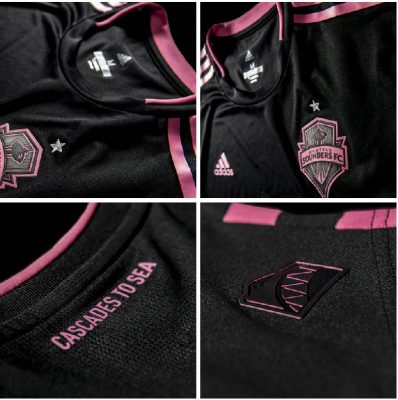 The pink sky highlighted an amazing game in which Clint Dempsey and Marco Pappa led the team to victory with a goal apiece. 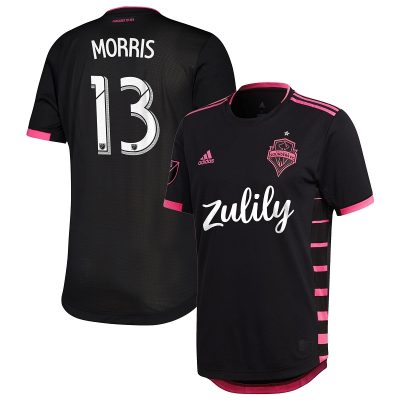 “Wherever our consumer wears Nightfall, they will stand out and proudly present a unique and very special design whose inspiration is drawn from the night skyline over the Puget Sound, paying homage to the beautiful nature of Seattle and the club’s home stadium, CenturyLink Field,” said adidas Global Product Director Oliver Bechtel. 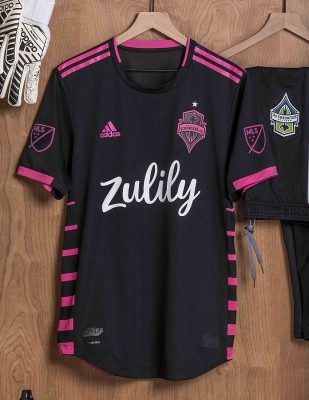 In addition to the distinctive side striping elements, Nightfall features a new jock tag depicting two iconic silhouettes: The CenturyLink Field arches set against the background of Mount Rainier. 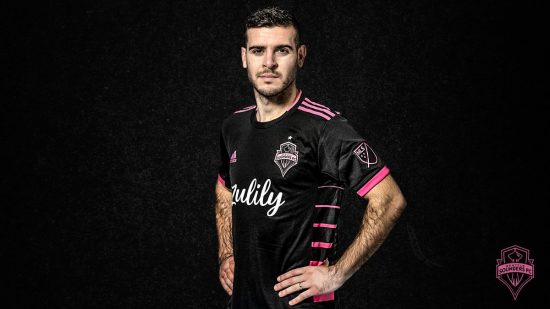 Additionally, the neck tape proclaims “Cascades to Sea,” echoing the overall theme of the kit that celebrates the unique wild beauty of the region. 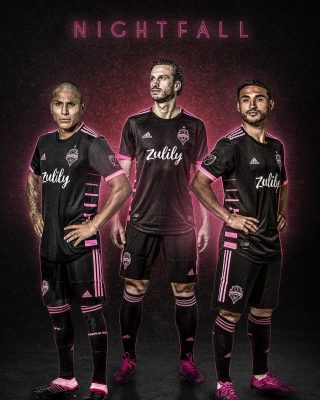 Sounders FC hosts expansion side FC Cincinnati this Saturday, March 2, in the Rave Green’s opening match of the 2019 MLS season.