The 2018-19 season marks the 20th year of partnership between Italian Serie A giants FC Internazionale Milano and Nike. All of the season’s kits have paid respect to this anniversary. As a final ode, the 20th Anniversary Jersey combines 10 of the club’s most storied designs. 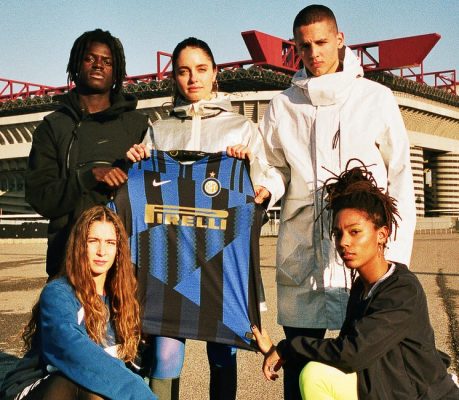 “Some of these are synonymous with great victories, while others are fan favorites,” says Pete Hoppins, Nike Football Apparel Senior Design Director. “The real challenge was to get all the different striped patterns to work cohesively.” 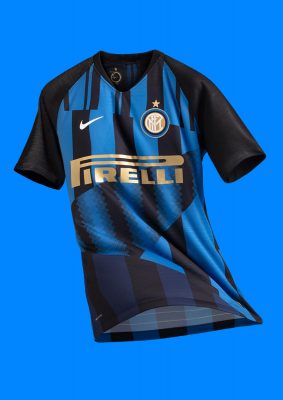 Among those kits is a shirt from Inter Milan’s first season with Nike in 1998-99 that legendary striker Ronaldo wore; a look from the club’s centenary season in 2008-09 what was captained by Inter legend Javier Zanetti and the kit from the club’s historic treble-winning campaign of 2009-10. 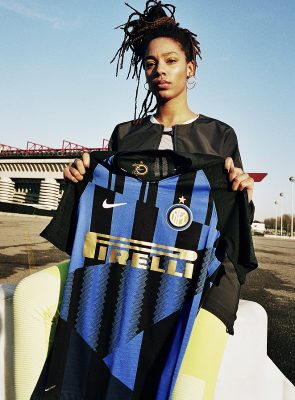 The jersey will be worn during the upcoming Milan derby, and along with the standard stadium jersey, a Vaporknit match-level version has been produced and limited to 1,908 units to honor Inter’s founding year.

10 for 20: Celebrating two decades of Inter Milan and Nike

– 1998-99 Inter’s first season with Nike; a shirt worn by legendary Brazilian striker Ronaldo
– 2008-09 A special kit for Inter in the first season after the club’s centenary
– 2010-11 Club icon “Il Biscione” (grass snake) lent the classic stripes a snakeskin effect
– 2013-14 The last shirt worn by “El Capitano,” the Inter hero Javier Zanetti
– 2017-18 An important year for Inter as they sealed a return to Europe’s top club competition, the UEFA Champions League 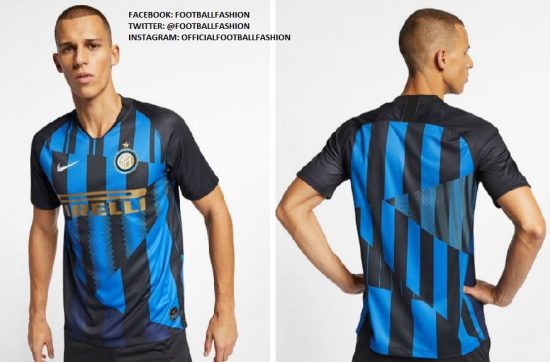 – 2009-10 The greatest season in Inter’s history brings an unprecedented domestic and European treble
– 2011-12 Thin stripes were introduced to the Inter home shirt
– 2014-15 Pin stripes gave Inter a fresh look
– 2015-16 Proud celebration of the 25th anniversary of a European triumph
– 2016-17 A fan favorite; the home jersey was updated with a tonal linear graphic