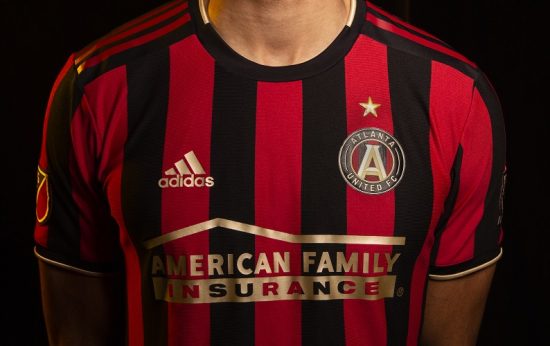 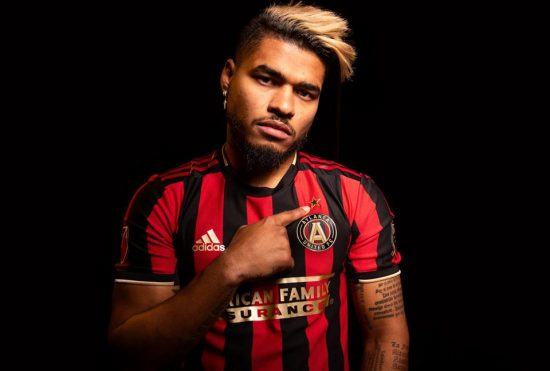 According to the holders of the top seven Major League Soccer attendance records:

The Star & Stripes is full of ATL swagger, equal parts grit and flash, both timeless and contemporary. It symbolizes our story – where the spike unites us, the stripes define us, and the New Atlanta is the headliner. 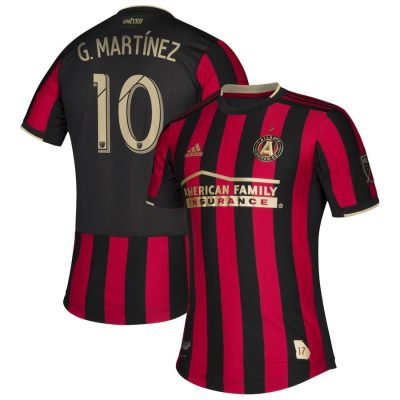 THE STARRED CREST – This is the badge of the new Atlanta. The one that set out to conquer and delivered a championship. Our beloved 5-Stripes crest remains over the heart – a constant reminder of who we are, and who we always will be. But now a gold star lies atop – a championship designation, reserved for the 2018 MLS Cup Champions – not only commemorating what we’ve earned, but serving as a standard to drive us for the future. 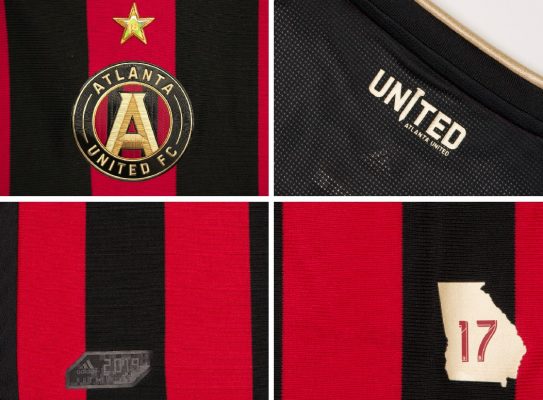 THE STRIPES – The red & black stripes. The ones that shattered records and took the league by storm. The ones that just shut down doubters and became MLS Cup champions. The stripes have been treasured in the ATL from the start. Now they’re feared around the league. 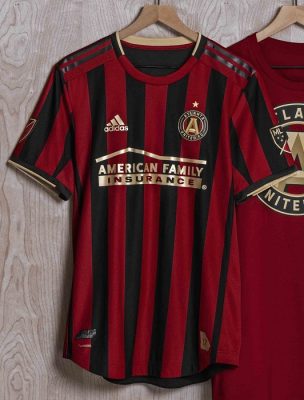 They define us. And now they’re back, reborn tougher, stronger and more resilient than ever. These iconic stripes stand for what we will conquer as we continue to redefine history. 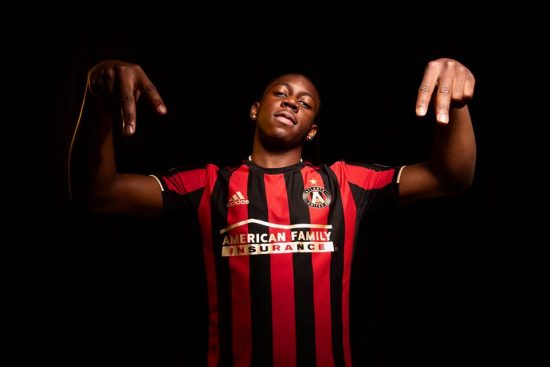 THE GA 17 – Seventeen. The number dedicated to our supporters and the year we embarked on this journey together. The supporters are the heartbeat of this club –– and their unprecedented support has caught the attention of the world. 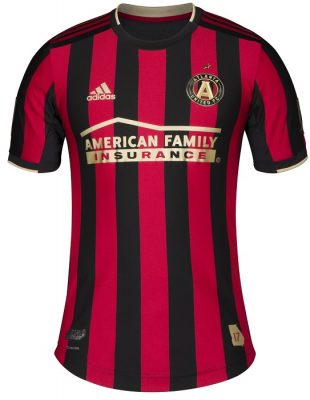 Through victory and defeat, at home and on the road – their support is relentless. GA 17 represents more than this city, more than a group of players – it signifies all those who believe in our mission. Because what drives us is more than championships, it is knowing that we play for you, Atlanta. Seventeen, our true MVP.

THE UNITED MARK – The UNITED mark pays tribute to Atlanta’s unwavering perseverance and serves as a reminder to players and supporters that we all carry the city on our backs. Within the design lies a Golden Spike, a symbol of the club’s tradition which stems from the city’s railroad beginnings. It’s a matchday tradition, a sacred moment connecting the supporter directly to the player, acting as a telling and ever-growing bond. Together, we are bold, proud and diverse – but above all, we are UNITED.