Six-time Korean K League 1 champions FC Seoul have launched their 2019 away kit from le coq sportif. The popular team will wear their classy 2018/19 home jersey for a second season during their upcoming campaign. 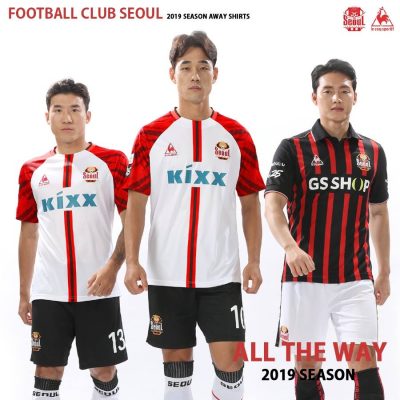 Released with the theme “ALL THE WAY”, FC Seoul’s 2019 le coq sportif away kit is a modern crewneck jersey in the team’s usual alternate white base. 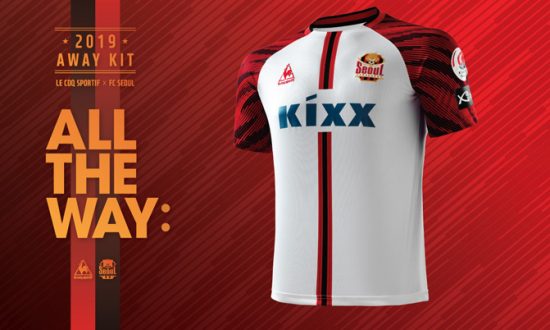 The red and black of the club’s crest and home kit appear on animal striped sleeves, collar and a thin vertical band on the jersey’s front. 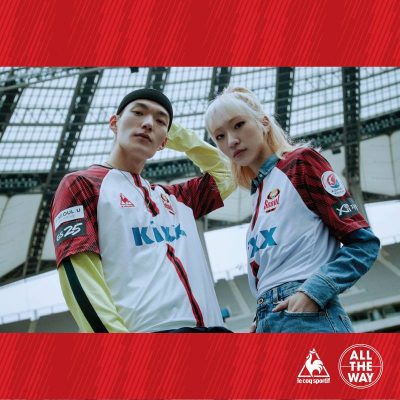 The FC Seoul 2019 away uniform is completed with black shorts and mainly white socks with red and black details. 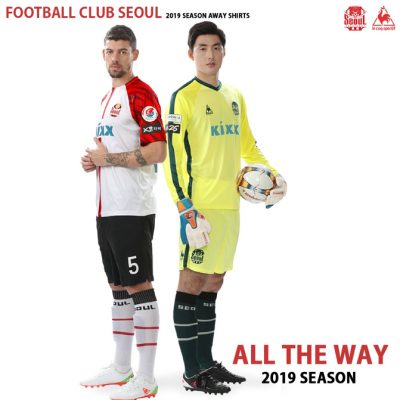 K League 1 champions as recently as 2016, FC Seoul averted relegation from South Korea’s top divison of soccer via a playoff with promotion hopefuls Busan IPark at the end of the 2018 season.