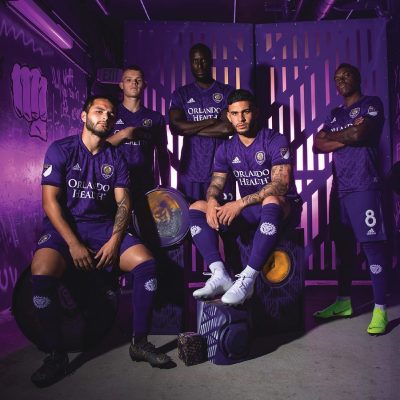 It will be on sale at  World Soccer Shop, Kitbag, Pro:Direct Soccer and UK Soccer Shop along with the club’s 2018/19 away shirt. 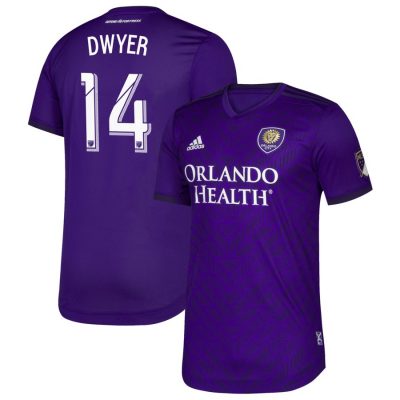 Called the #BRINGTHENOISE kit, the new Lions jersey is is completely in Orlando City’s primary color of purple with white design elements. These include a raised print of “DEFEND THE FORTRESS” on the outside upper back and a reworked state of Florida flag on the lower left front. 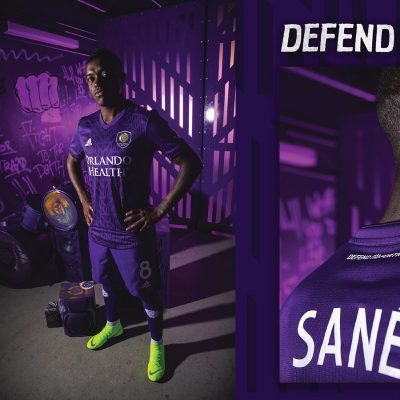 The flag includes an outline of the state with Orlando on it. “CITY BEAUTIFUL” appears at the bottom of the flag. 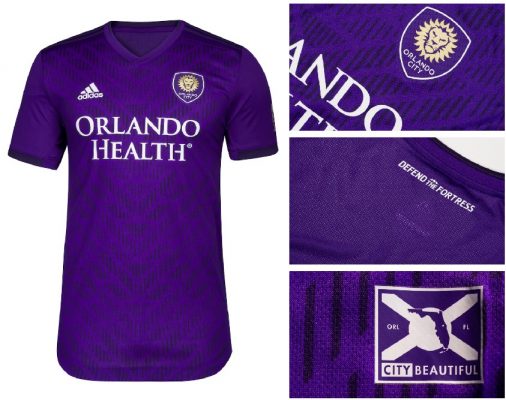 The Oralndo City SC 2019 home jersey uses a v-neck adidas design from the firm’s 2018/19 kit cycle. The one noteworthy use of the template so far has been for the white Spain 2018 World Cup away shirt. 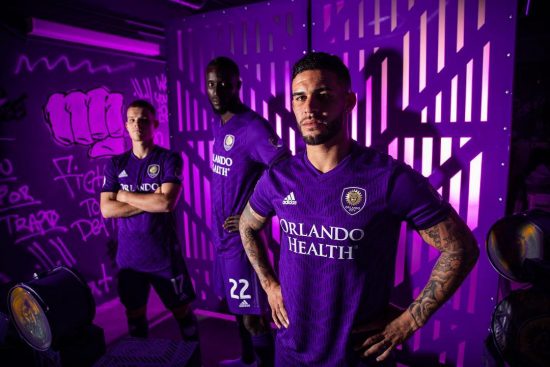 Known to many as the last professional club of former FIFA World Player of the Year, UEFA Champions League and FIFA World Cup winner Kaka, Orlando City kick off their 2019 MLS season against New York City FC on March 2nd.