Five-time Korean champions FC Seoul have dropped their home kit for their 2018 K League Classic, FA Cup and League Cup seasons. Provided by le coq sportif Korea, the shirt is the club’s sole new jersey for this year. Their 2017/18 away kit will be given a second run during the upcoming campaign. 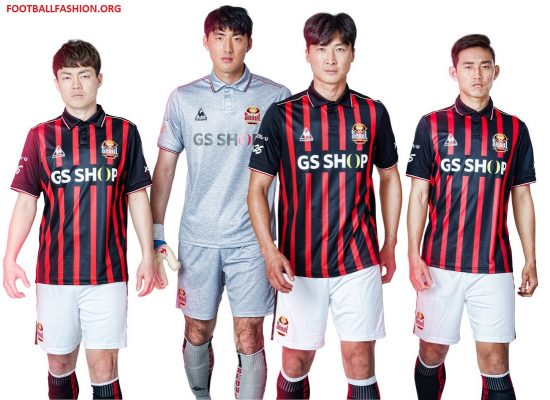 The FC Seoul 2018 le coq sportif home kit carries a classic football shirt design with a prominent ribbed polo collar and buttoned placket. It is in the team’s usual red and black stripes with all black sleeve and upper back areas. The stripes are noticeably thinner this year than in recent memory. 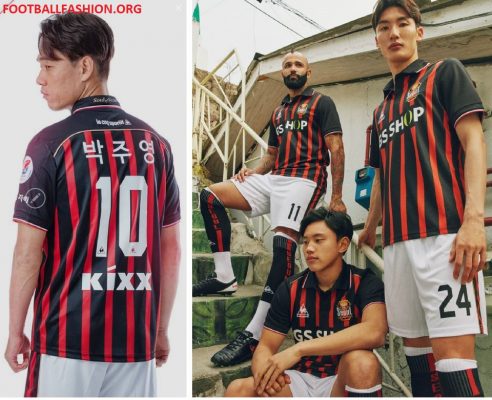 Red and white trim the collar and sleeve cuffs. “Soul of Seoul” is printed in golden, cursive font on the outside of the rear collar. A stripe of white piping separates the all black and striped areas of the back of the shirt. 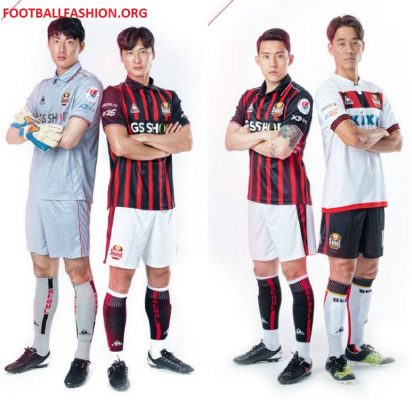 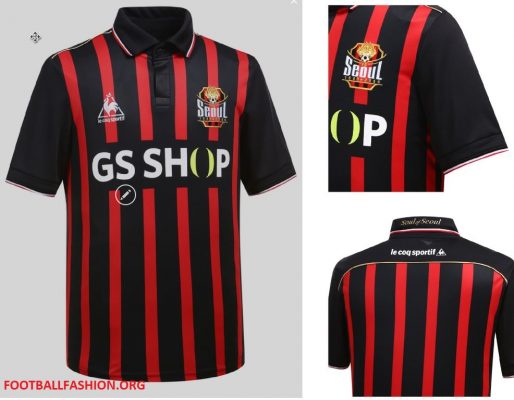 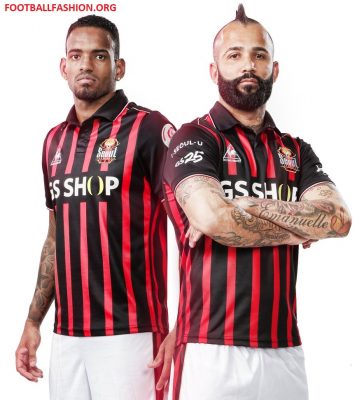