Surprise French Ligue 1 champions in 2012,  Montpellier Hérault Sport Club are currently looking to emulate their amazing season of seven years ago with a campaign that currently seasont them in third place in France’s top tier of soccer. 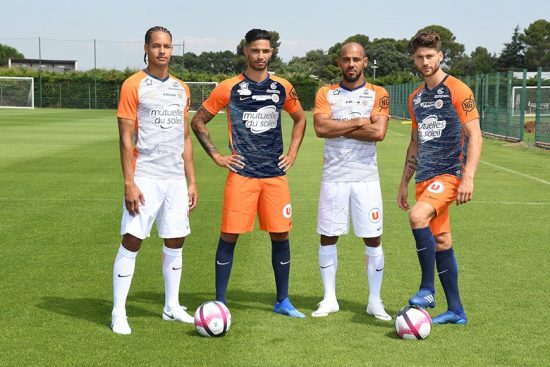 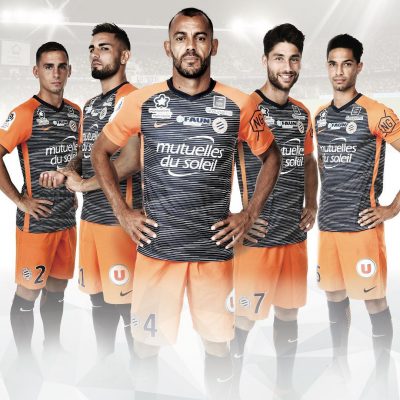 The Montpellier 18/19 home and away kits uses a new v-neck design from Nike. The primary shirt is comnines the navy blue and orange of the club’s crest.

The alternate jersey is mainly white with orange sleeves, shoulders and side stripes. Horizontal pinstripes run along the front of both kits with a tonal swirl effect incorporated among them. 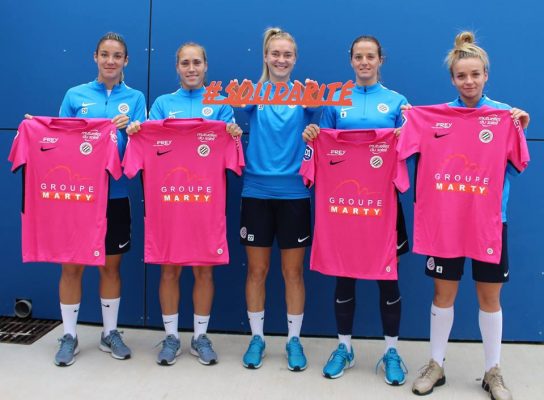 The Montpellier 2018/19 Nike home, away and Pink October kits are being worn by the club’s men’s and women’s teams. 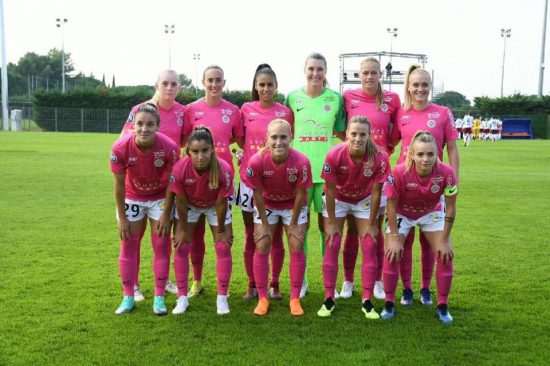 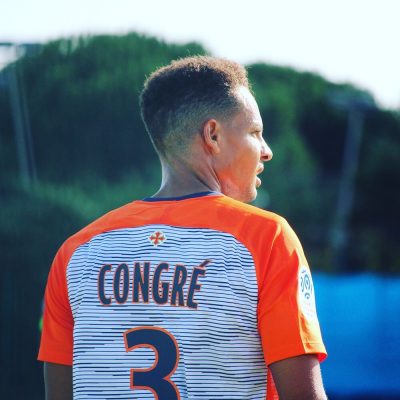