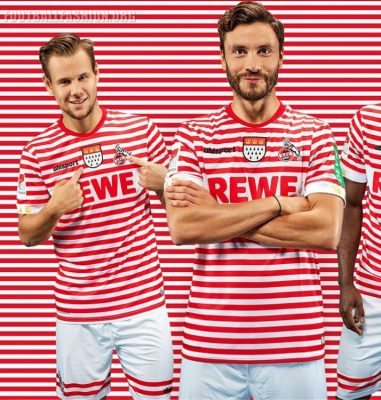 Provided by club technical sponsor uhlsport, the FC Köln 2018/19 Karneval jersey is a crewneck affair with horizontal red and white stripes throughout. The colors are those of FC Köln and the city. 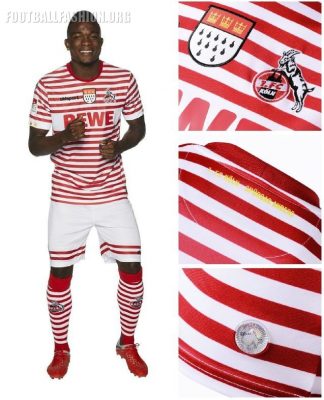 The crest at the center of Köln flag is embroidered on the mid-chest of the shirt in between its uhlsport logo and the team’s badge. 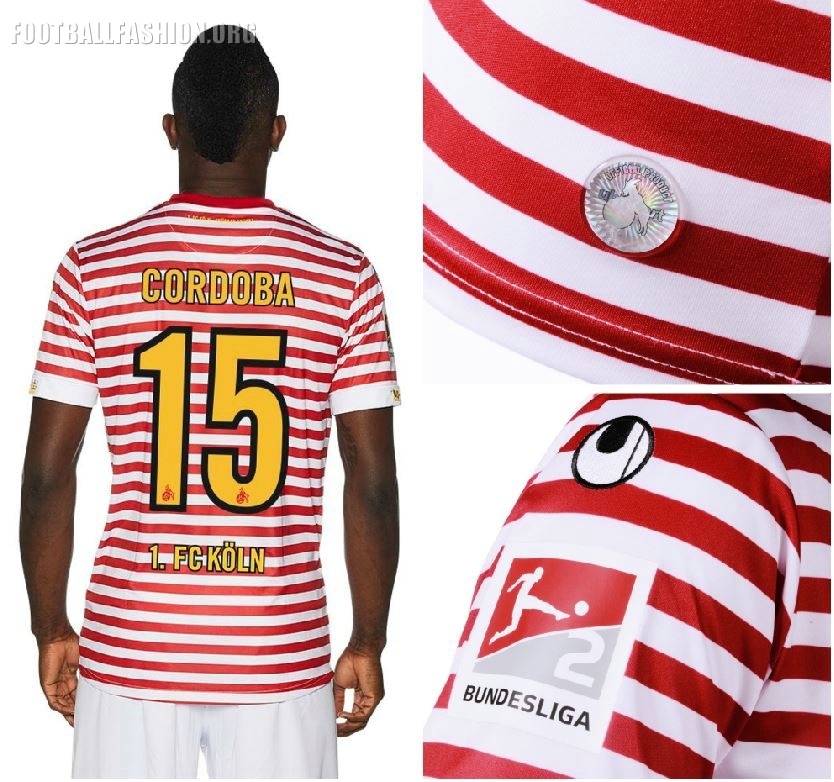 “1. FC KOLN FC SPÜRBAR ANDERS” (Truly Another) is printed in yellow at the outside upper back area of the kit. 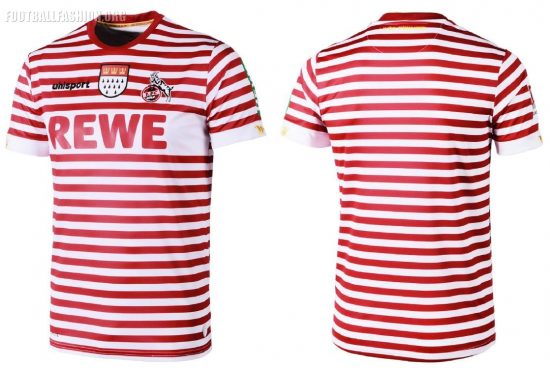