Club Deportivo Leganés will kick off their third consecutive season in Spain’s La Liga on Monday when they meeti Athletic Bilbao at the San Mamés Stadium. 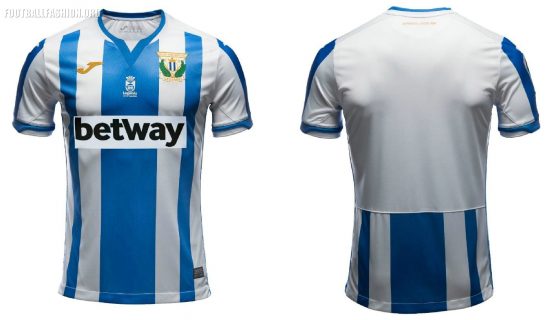 The club with La Liga’s second smaller ground (their Estadio Municipal de Butarque holds just 11.4 thousand) will wear a three kit collection from Joma for their 2018/19 season. All of the shirts use new, bespoke designs from the Spanish sportswear firm. 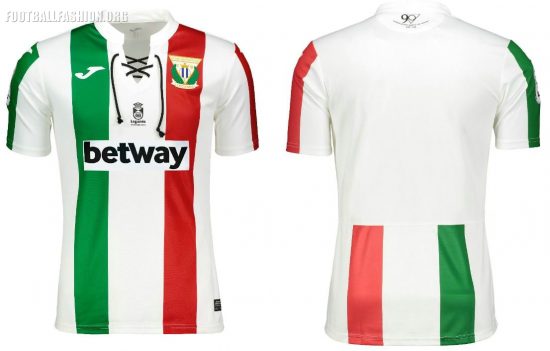 The  CD Leganés 2018/19 home kit features the club’s traditional blue and white stripes on its front and lower back. It has a modern ribbed v-neck with gold details. 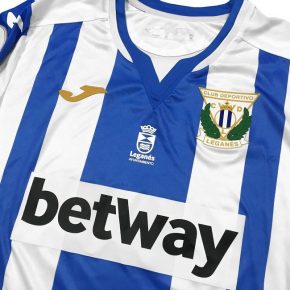 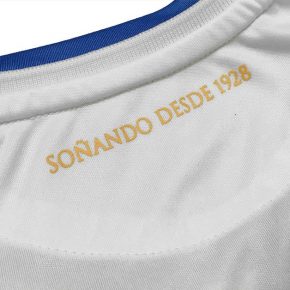 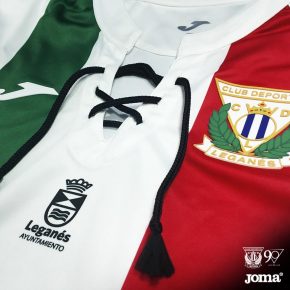 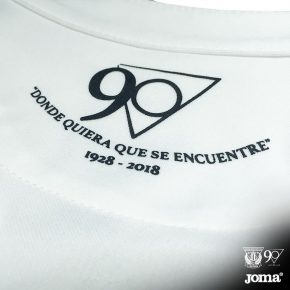 Leganés’ 18/19 away jersey celebrates the club’s 90th anniversary with a definite retro design that include an old school drawstring collar. Its white, green and red stripes are inspired by the Leganés kits of their early years in the 1930s. 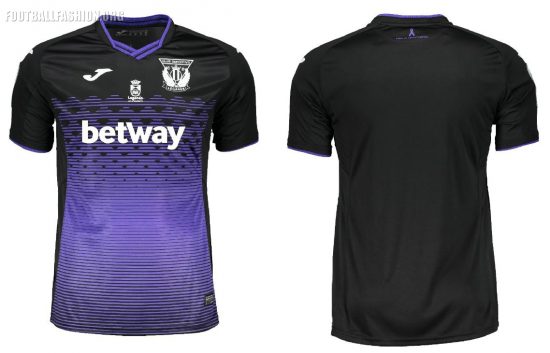 The club’s 90th anniversary logo and “Wherever it is” (in Spanish) are printed on the signoff area. The text is taken from the team’s hymn. 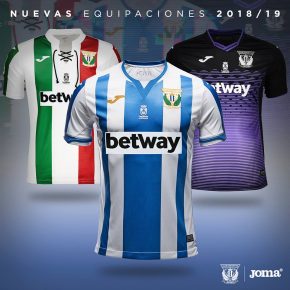 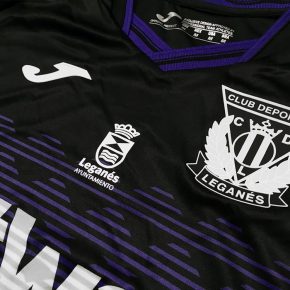 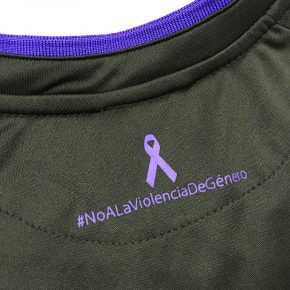 CD Leganés 2018/19 third kit reverts of a modern look. It has a black base with a series of densely packed horizontal purple stripes on its front. The collar is contemporary with an overlapping v-shaped section on its front.

The CD Leganés 2018/19 home and away kits are now on sale at Subside Sports.