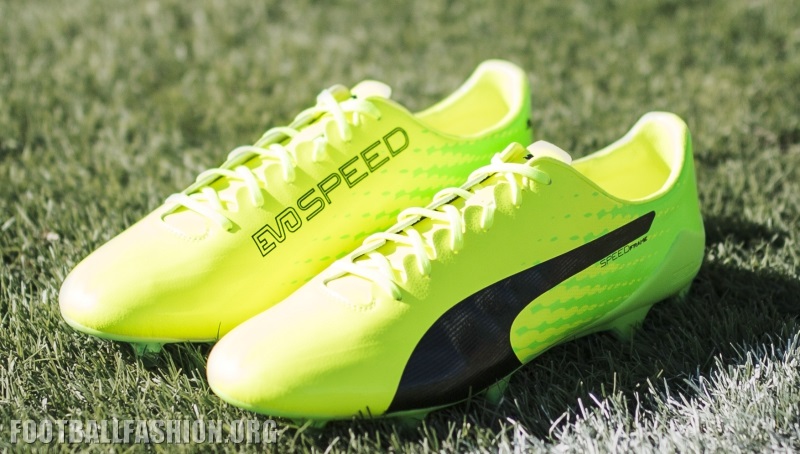 Featuring a bold Gecko Green outsole and graphic pattern fusing into the allover Safety Yellow upper, the new evoSPEED 17 SL-S has a refreshed look. The new boot will be worn on pitch by PUMA’s SPEED stars including Antoine Griezmann, Sergio Agüero and Marco Reus.

The latest boot in the PUMA SPEED family, the evoSPEED 17 SL-S shares the same philosophy of enhanced speed and agility. Constructed with a Japanese microfiber upper material, the SL-S feels soft and comfortable while allowing a better touch on the ball. The updated laser-cut SPEEDFRAME structure optimizes the boot’s shape further, providing support during forward acceleration and quick turns. 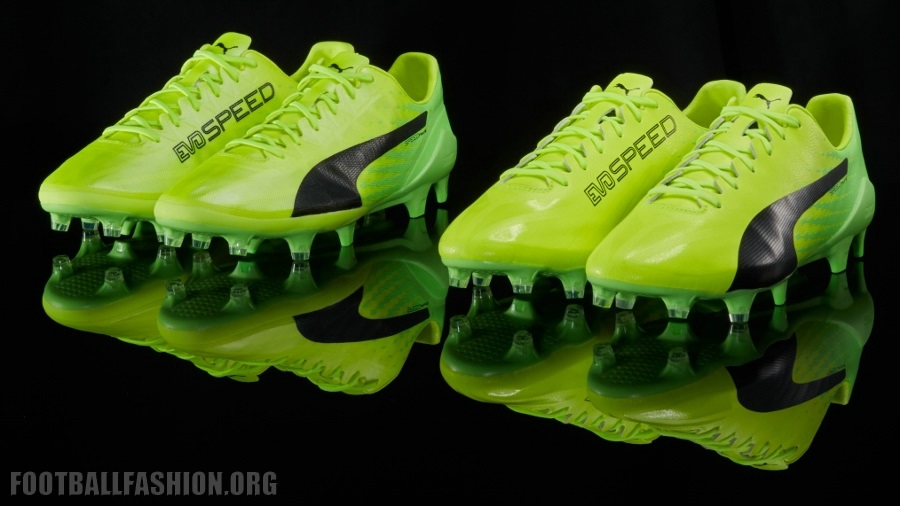 For optimal fit and additional support, the boot features a minimalistic external heel counter. Additional performance features of the SL-S can be found in the outsole. The SPEEDTRACK spine provides the perfect balance between stability in the midfoot and flexibility in the forefoot, enhancing both speed and agility. The lightweight nylon outsole’s stud configuration is composed of a mix of bladed and conical studs, providing increased levels of stability, traction and acceleration.

Speaking about the new boots, Atlético Madrid and France star player, Antoine Griezmann said, “I am excited to step out on pitch in this new evoSPEED SL-S colorway, it is a bold color combination that I think the young players will love.

I am looking forward to playing in the second half of the season as we still have a lot to fight for in the major competitions. We finished top of our group in the Champions League so I am extremely motivated to train hard in these new boots and perform at the top of my game to bring us closer to victory.”

The evoSPEED 17 SL-S in Safety Yellow and Gecko Green is available to purchase from December 16th at World Soccer Shop, Lovell Soccer and Kitbag.