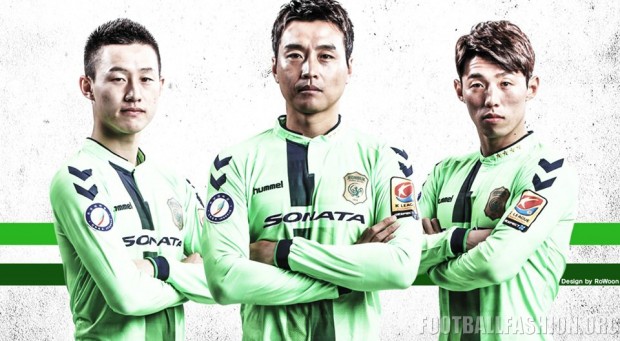 Perennial challenges for the Korean domestic title, Jeonbuk Hyundai are donning their customary bright green home shirt for the 2016 season. Provided by their technical sponsor of the past nine years, hummel Korea, the bespoke jersey has two overlapping dark blue vertical stripes on its front. The trim on the Mao collar of the kit and its hummel branding are also in navy blue.

The right side of the collar features a series of four embroidered golden stars recognizing Jeonbuk Hyundai FC’s 2009, 2011, 2014 and 2015 K League titles. The uniform is completed by dark blue shorts and bright green socks. 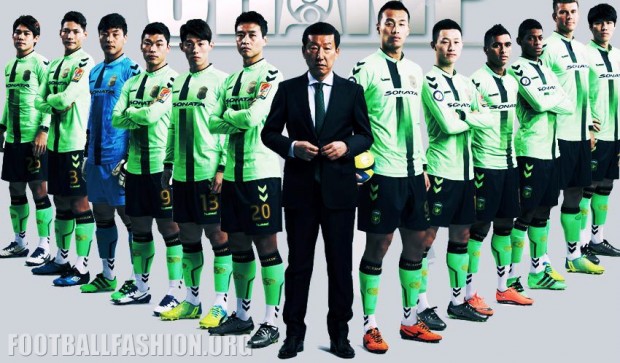