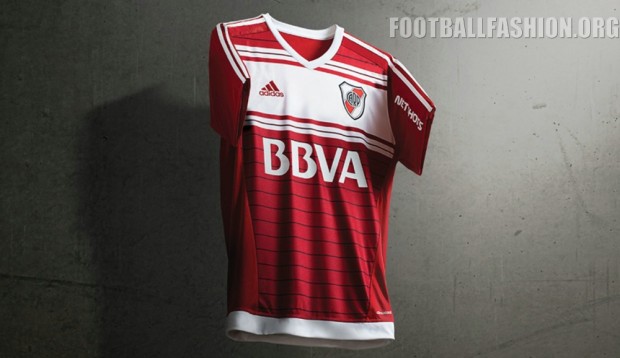 The 2016 River Plate adidas away jersey uses a red base with a white v-neck, waistline and adidas shoulder striping. It features a series of white bands on its chest bordered in red for a look similar to the team’s 85/86 alternate shirt.

A series of tonal red pinstripes run horizontally along the front of the kit. River Plate’s nickname of  “El Más Grande” (The Biggest) is printed on the signoff area at the back of the jersey.

The River Plate 2016 away kit is expected to be on sale at Subside Sports along with the defending Copa Liberatadores champions new home jersey.