The Colorado Rapids have unveiled their 2016 adidas home jersey ahead of their Major Season Soccer season opener against the San Jose Earthquakes on Sunday. It will be available at the World Soccer Shop and Kitbag MLS stores along with the 2010 MLS Cup winners popular 2015/16 away kit. 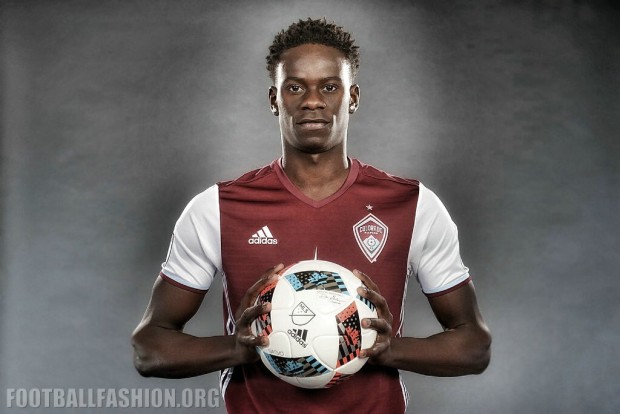 The Rapids 2016 home shirt uses a new adidas design that is shared with most of the newly launched MLS kits. In the club’s now usual claret, the jersey has a relatively simple v-neck with white sleeves. The sky blue and white from the club’s crest are used for the kit’s adidas stripes and on its collar.

The jock tag on the jersey is a print of the Colorado state flag while the elevation in feet of the city of Denver appears on its outside back collar. The text “Colorado for Life” is repeated along its inside neck taping.

The Colorado Rapids will debut their 2016 adidas home kit in match action when they meet the likes of Steven Gerrard, Ashley Cole, Giovani dos Santos and the rest of the LA Galaxy on March 12. 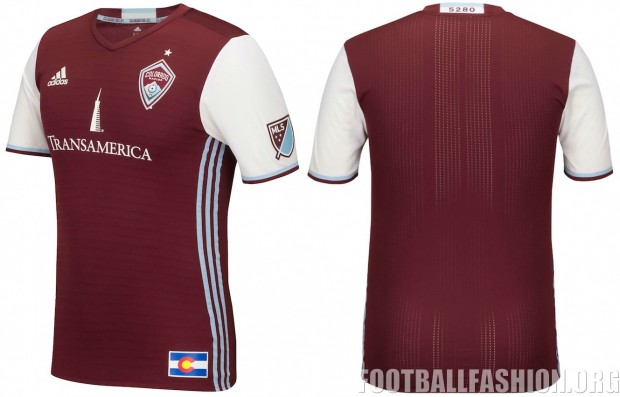