Philadelphia Union launched their 2016 home jersey from Major League Soccer’s technical partner adidas on Thursday. It will be available at the World Soccer Shop and Kitbag MLS stores. 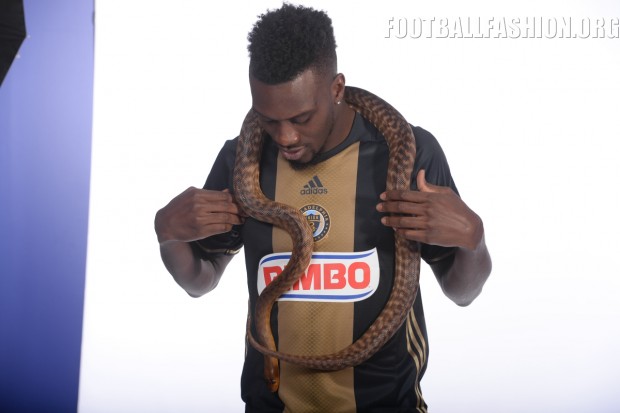 The new shirt is heavily influenced by the snake found on the Union’s badge. Most notably is the snakeskin texture of the gold vertical band that has been a fixture of the club’s primary kit since it entered MLS in 2010. A jock tag in the image of the golden snake is printed on the lower front left of the jersey. 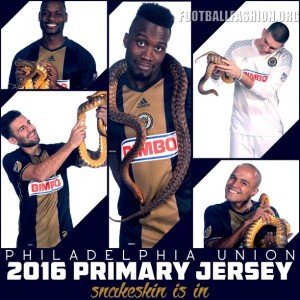 The Philadelphia Union motto of “We Are One” appears on the kit’s inside neck taping bordered by snakes. Lastly, the signoff area on the back of the shirt features a dark blue snake on a gold background. 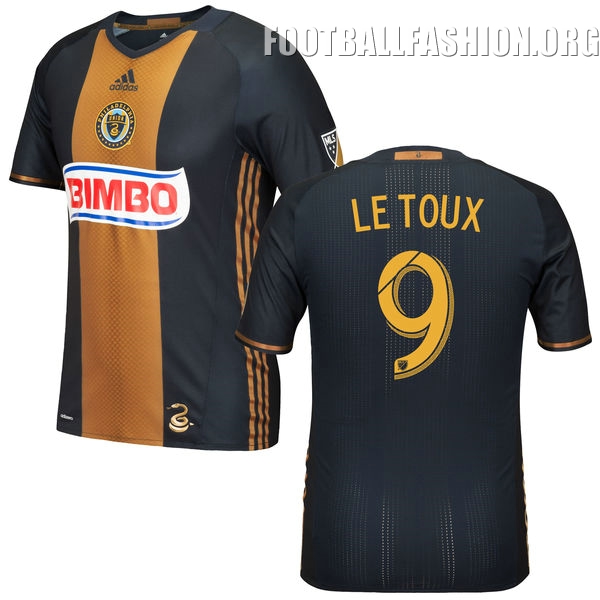 The Philadelphia Union 2016 adidas primary kit uses a navy blue base. This season’s edition of the jersey has a ribbed v-neck collar. Golden detailing is used above its sleeve cuffs and matches with the adidas stripes on its flanks. 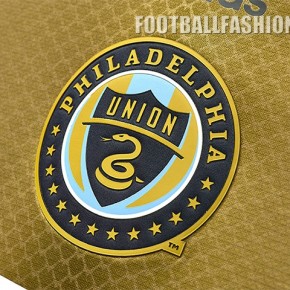 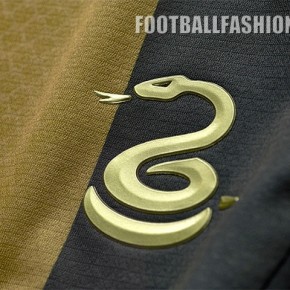 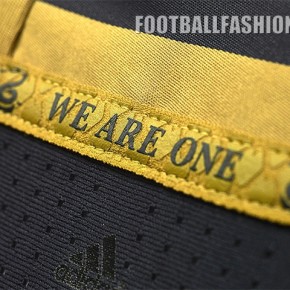 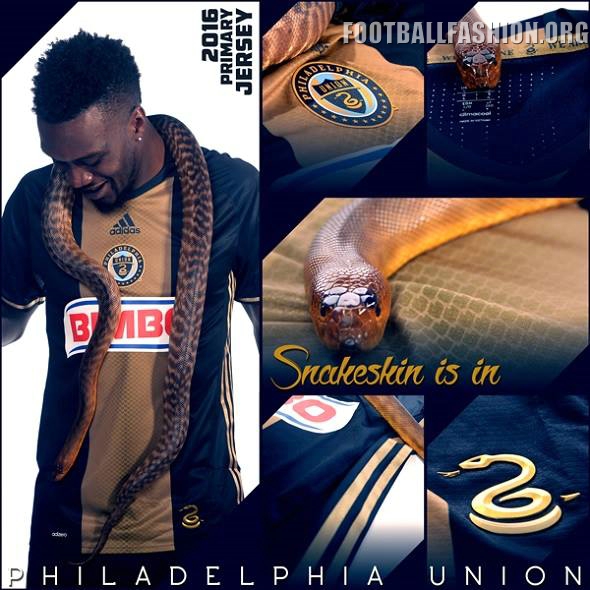