Now in the second year of their technical sponsorship deal with Lupo, Figueirense Futebol Clube recently dropped their 2016 home and away kits. 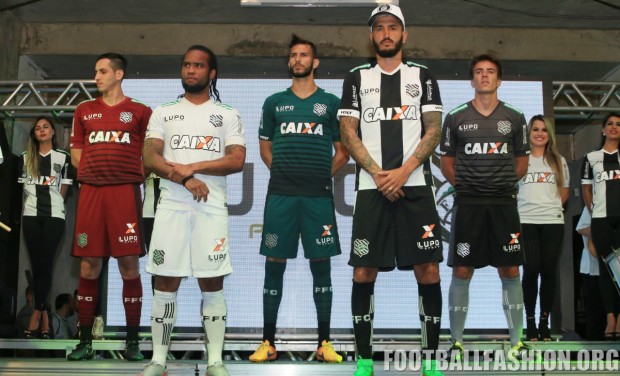 The Florianópolis-based club will wear a home kit in their traditional black and white stripes for their 2016 Campeonato Brasileiro Série A, Copa do Brasil and Campeonato Catarinense seasons. 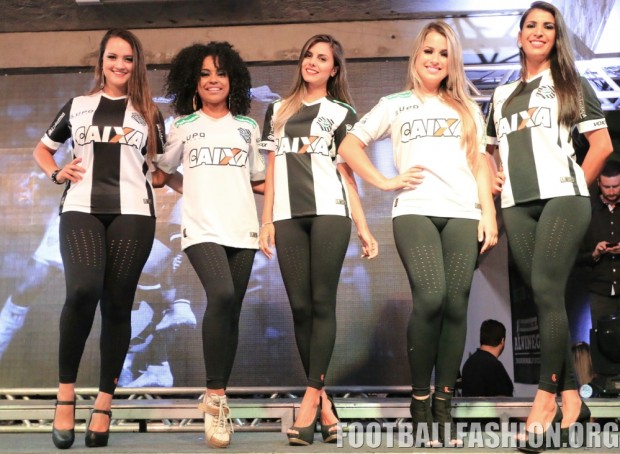 This year’s edition of the Figueirense  home shirt uses wider stripes than the previous years. It’s sleeves are in black with white cuffs. It has a v-neck collar that is white towards its front and black at the back. The team’s 2016 away jersey uses the same Lupo design in an all white colorway. 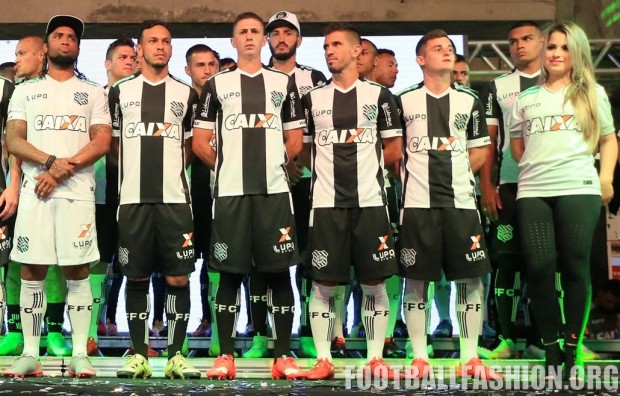 Figueirense’s 2016 home uniform is completed with black shorts and socks. Their away strip uses white shorts and socks. A third kit is expected from the seventeen-time and defending Santa Catarina state champions later this year. 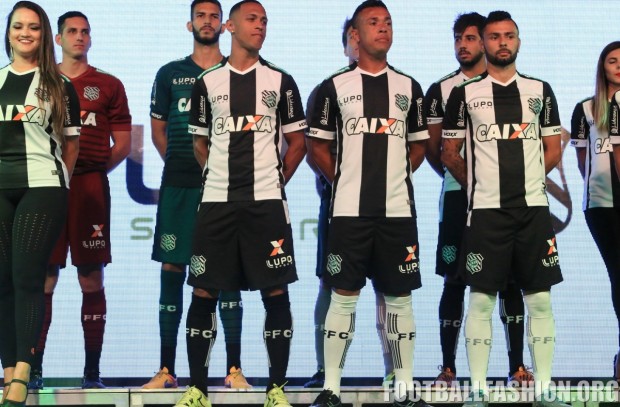