Now in the second year of their technical sponsorship deal with Joma, Granada Club de Fútbol are wearing a three kit match range for their 2015/16 Spanish La Liga season. 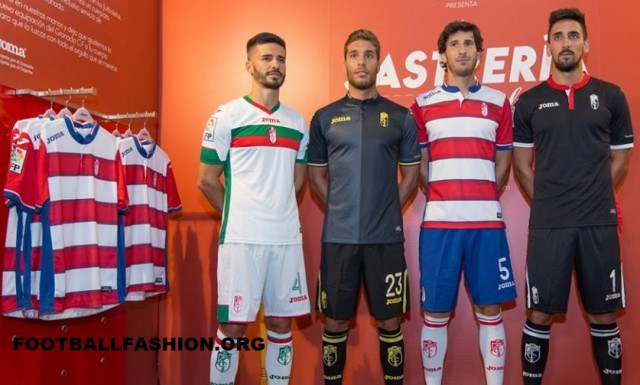 The team’s home kit is in their customary red and white hoops with blue shorts and white socks. Its collar and side panels are also blue. 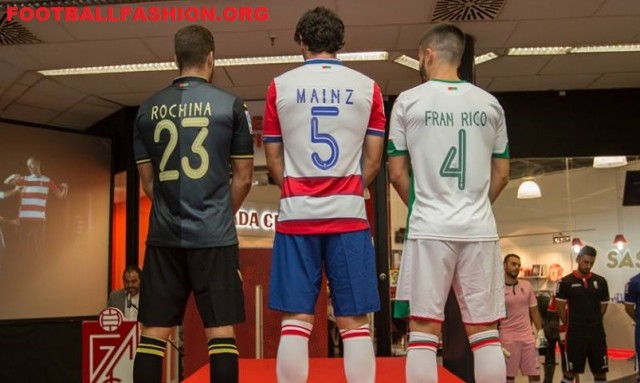 The Granada 15/16 Joma away strip in mainly white with accenting in the green and red of the club’s home city’s flag. Their third uniform is in slate and dark gray.

The Granada CF 2015/16 home and third kits use a classic grandfather collar white the away shirt features a modern v-neck. The club’s tie to the city of Granada is celebrated by a print of city flag on the signoff area of all three jerseys.

The Granada 2015/16 Joma home and away kits are now on sale at Subside Sports, Kitbag and World Soccer Shop.

With a roster that includes loan players from the likes of Inter Milan, Valencia anf FC Porto, Granada are currently in seventeenth place in Liga BBVA.