They will be worn by Los Catrachos over the next year for international friendlies and for their 2018 FIFA World Cup qualifying campaign (starting with matches against Canada and Mexico later this month). 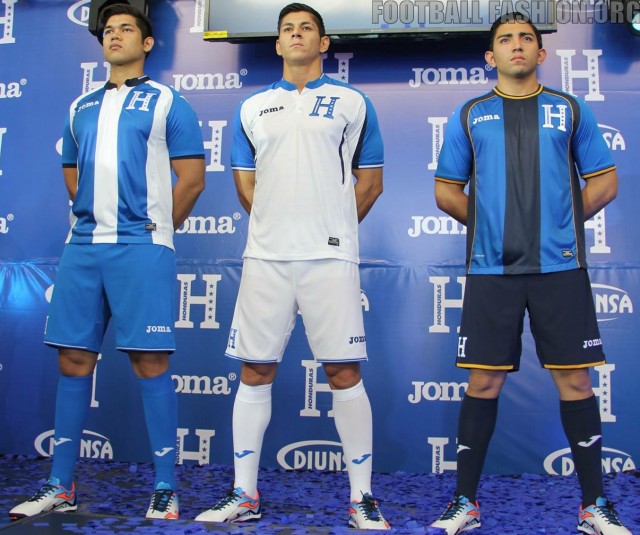 The Honduras 2016/17 Joma home jersey is in the team’s customary white with blue used for its sleeves, shoulders and collar. The away  shirt departs from the Mandarin collared design of the home kit in favor of a classic crewneck look. It has a royal blue base with a single dark blue stripe running down its middle. Dark blue is also used on the shirt’s flanks and front shoulder areas. The change kit is accented in gold.

For the first time in recent memory Honduras will have a third kit. It uses the popular alternate blue and white stripes of the 1982, 2010 and 2014 World Cup qualifiers and features the same Joma design as the home jersey.

The Honduras 2016/17 home, away and third football jerseys will be available at World Soccer Shop, Kitbag, Subside Sports and UK Soccer Shop.