The Honduras 2019 Joma home, away and third kits were launched on Wednesday night. They will be worn by the three-time World Cup qualifiers during this summer’s CONCACAF Gold Cup and for the beginning of Los Catrachos FIFA World Cup 2022 qualification campaign. 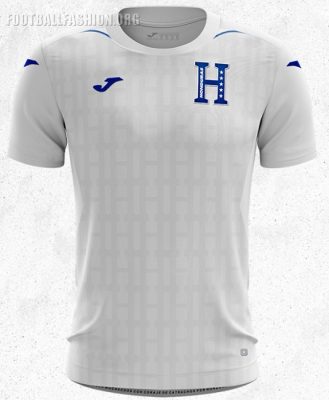 The Honduras 2019 Joma home kit is a clean, mainly white affair with a modern rounded neck design. A series of tonal letter Hs appear on the front to emulate the crest of the .Federación Nacional Autónoma de Fútbol de Honduras. Blue piping runs along the shoulders. 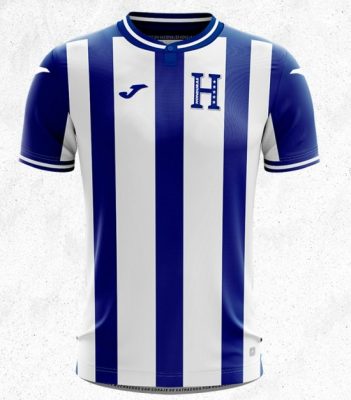 Honduras’ 2019 away kit brings back the popular blue and white vertical stripes that the Central Americans have often worn during their footballing history. The jersey has a classy single buttoned, ribbed Henley collar and mainly blue sleeves. 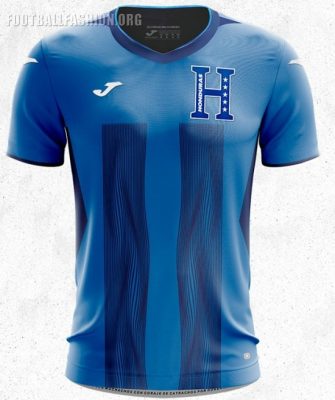 The Honduras 2019 Joma third shirt was desinged with the team’s younger fans in mind. It departs from tradition with an eye-catching contemporary light blue base with a pair of darker blue partial stripes on its front. The kit’s side panels, collar and sleeve cuff trim are also in the darker shade of blue.