The Sweden 2016 home kit was unveiled on Thursday by Swedish Football Association (Svenska Fotbollförbundet or SvFF) and technical partner adidas. 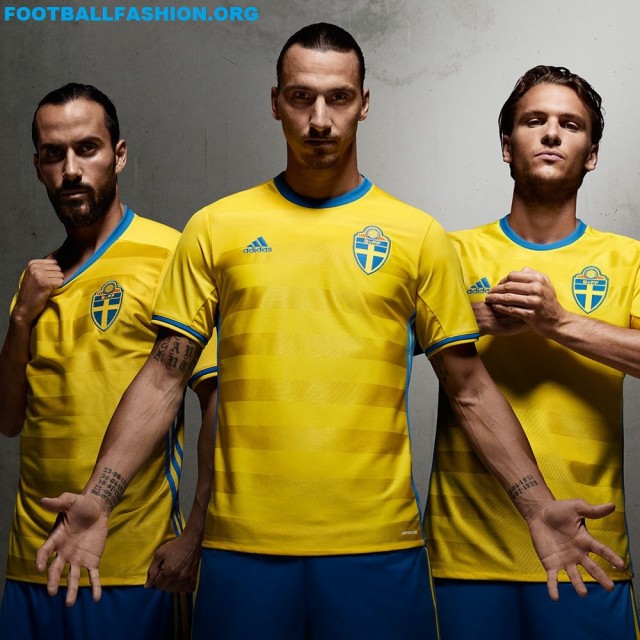 Available soon at  World Soccer Shop,  UK Soccer Shop, Lovell Soccer, Pro:Direct Soccer, Subside Sports and Kitbag, the new Blågult (The Blue-Yellow) uniform will be worn by captain Zlatan Ibrahimović and his team when they meet Denmark in a home and away EURO 2016 playoff series on Novemebr 14 and 17.

The Sweden 2016 home shirt is in the traditional yellow of the 1994 World Cup third place finishers. It uses a new crewneck look from adidas that features tonal hoops on its front and adidas striping on its flanks. The blue of the Swedish national flag is used for the jersey’s accenting and adidas branding.

The Swedish flag is embroidered on the left sleeve of the jersey while the text “SVERIGE” is printed on its outside back collar. The new uniform is completed by blue shorts and yellow socks.