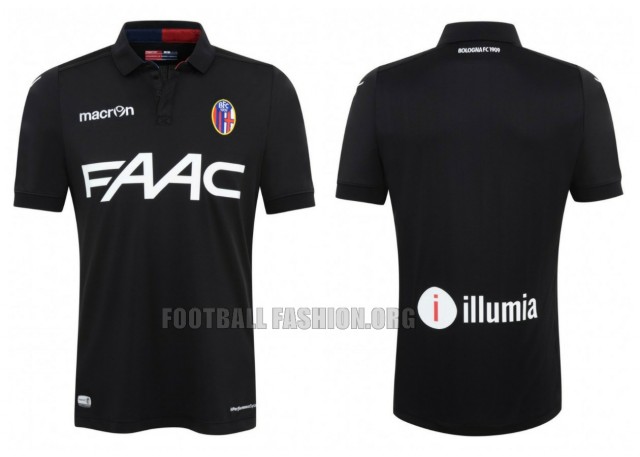 The all black look of the new Rossoblu (The Red-Blues) was selected by the Italian Serie A team’s season ticket holders via an online vote. 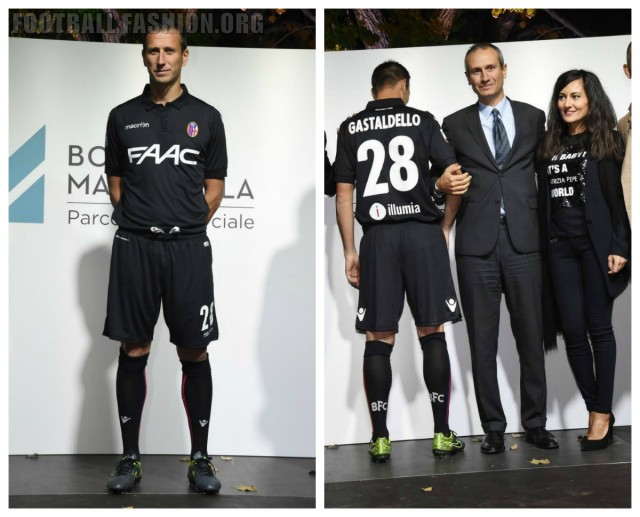 The slim fit jersey uses the same Macron shirt template as the Bologna 15/16 home and away kits. Its standout feature are a three buttons knit polo collar and the text “Bologna FC 1909” embroidered on the signoff area. The red and blue of Bologna’s crest appear on the inside neck and collar of the jersey.