The El Salvador 2015/16 home kit uses a bespoke design from Mitre given the two-time World Cup qualifiers status as the UK-based firm’s most prominent team sponsorship.

The jersey is in the traditional home blue of El Savador’s national teams with a ribbed collar and sleeve cuffs featuring a series of throwback blue and white stripes. The collar has a y-shape and has overlapping neck inserts in blue and white. 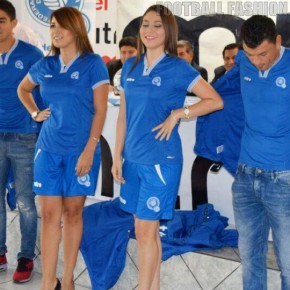 El Salvador will debut their 2015/16 Mitre home kit when they kick off their CONCACAF semi-final round of 2018 FIFA World Cup qualification in November against Mexico and Canada. 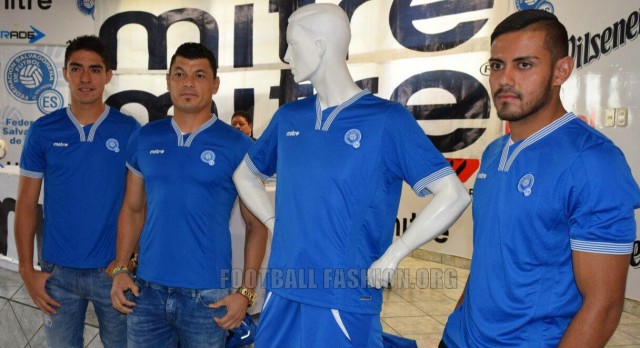