With qualification for UEFA EURO 2016 in sight, the Federația Română de Fotbal and technical partner Joma have released the home and away kits that the Tricolorii (Tricolours) are expected to wear in France next summer. 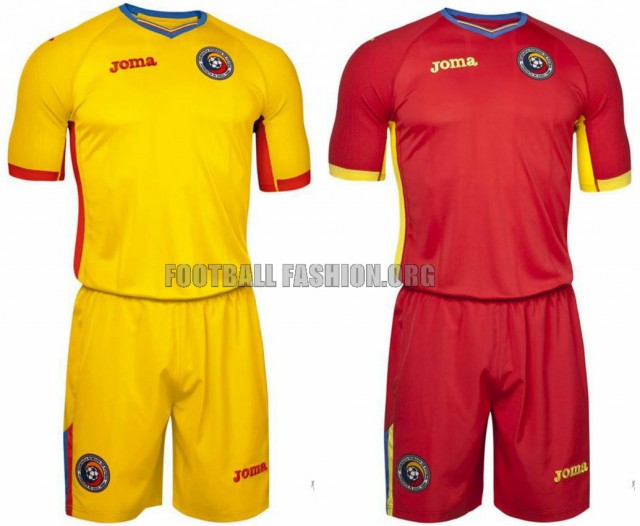 The Romania 2015/16 home kit was worn during the team’s last two EURO 2016 qualifiers, 0-0 draws with Hungary and Greece. The national Under-21 team has also worn it for European U21 Championship qualifiers. 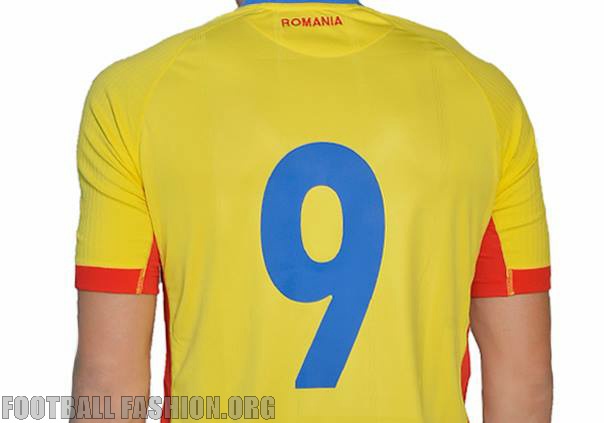 The primary jersey is in the traditional yellow of the Romanian national team. It has a blue, modern v-neck collar that is trimmed with the colors of the Romania national flag at its front. Red is used for the shirt’s side striping, sleeve cuffs and armpits. 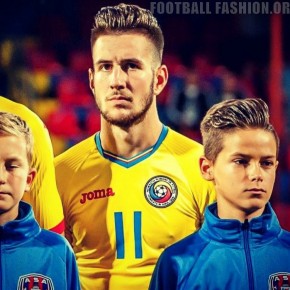 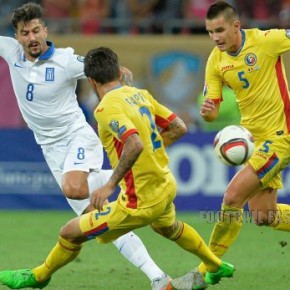 The Romania EURO 2016 Joma away kit is mainly red with an identical collar to the team’s home jersey. Its accenting and Joma branding is in yellow. As is the case with the home shirt, the text “ROMANIA” is printed on the kit’s signoff area.

The Romania EURO 2016 Joma home and away kits are now on sale at World Soccer Shop and Kitbag.