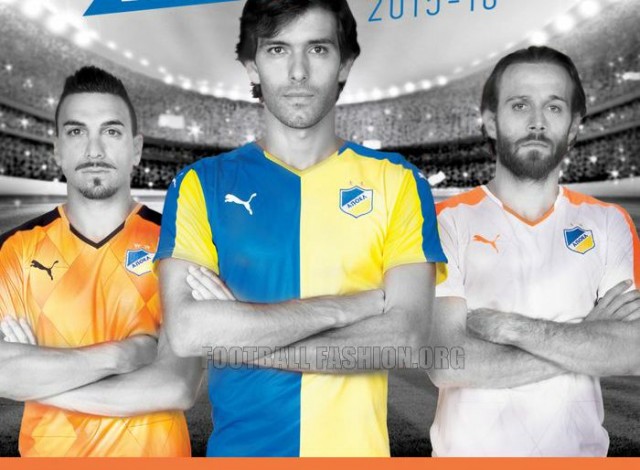 Their two-halved yellow and blue home and orange away kits were seen in action by UCL fans during their run to the Playoff round of this year’s competition (which ended with a  2-1 aggregate loss to FC Astana on Wednesday). A white third shirt with orange accenting completes the 15/16 APOEL Nicosia range.

All three jerseys use variations of the new PUMA Swerve football shirt design worn by the likes of Newcastle United and Leicester City amongst others. The 2015/16 home kit is the first from a major club to use a half and half design however.

Defending Cypriot league and cup champions, APOEL will continue their continental run in the group stage of the UEFA Europa League.