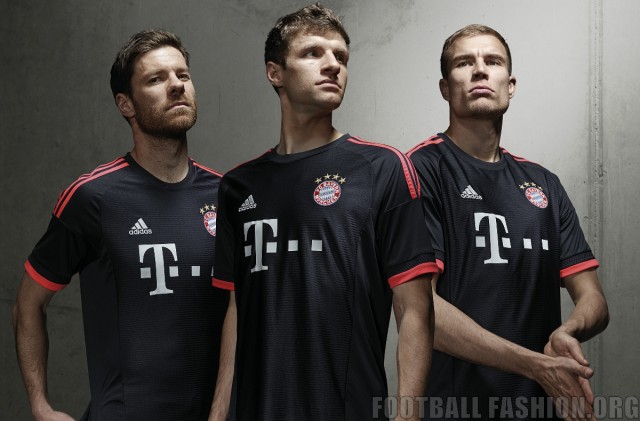 The modern dark blue jersey joins the Bayern Munich 15/16 home and away kits in their match range for the ongoing season. All three shirts are available to buy at World Soccer Shop, Subside Sports, UK Soccer Shop and Kitbag. 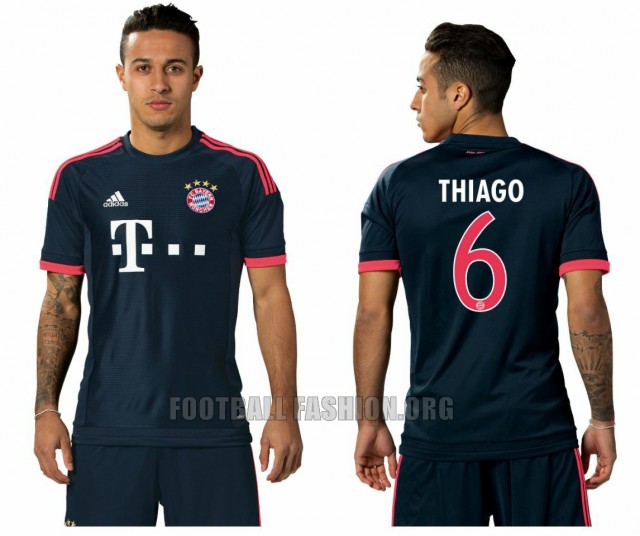 The crewneck jersey is accenting by bright “Flash Red” adidas shoulder stripes and sleeve cuffs. The player numbering on the shirt is also in the bright color. 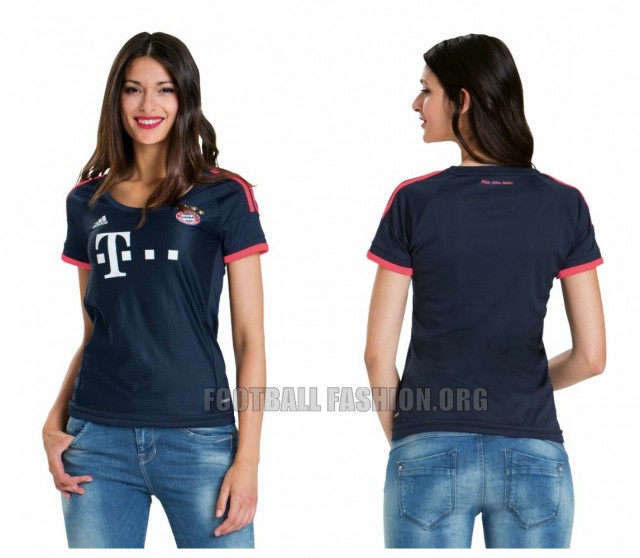 The FC Bayern of motto “Mia san Mia” is incorporated in the neck area. It symbolizes the closeness of Der FCB with their immense fan base. A subtle pattern of small diamonds. inspired by the Bavarian flag appear on the front of the jersey.

European champions of five occasions, Bayern Munich will meet Arsenal, Olympiacos and Dinamo Zagreb in the group stage of the world’s most prestigious club football competition.