Genoa CFC debuted their Lotto 2015/16 white away kit during Sunday’s Italian Serie A season opening loss at Palermo. The new alternate was launched along with I Rossoblu (The Red-Blues) new home strip during their off season. 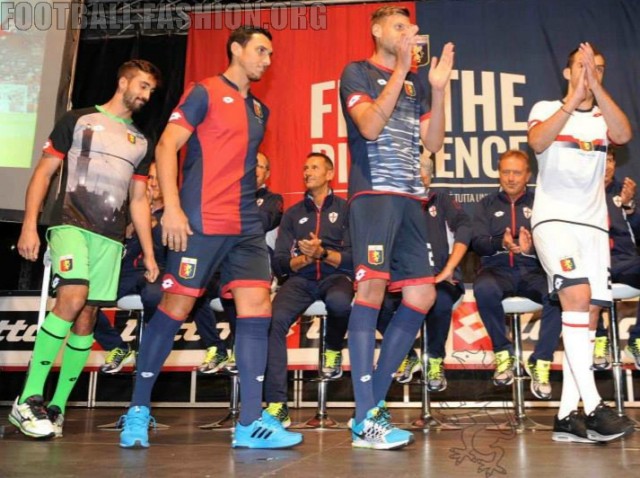 They join the club’s 15/16 third kit in their playing collection for the new season. All three kits are expected to be available at the Kitbag, Subside Sports and UK Soccer Shop Serie A stores. 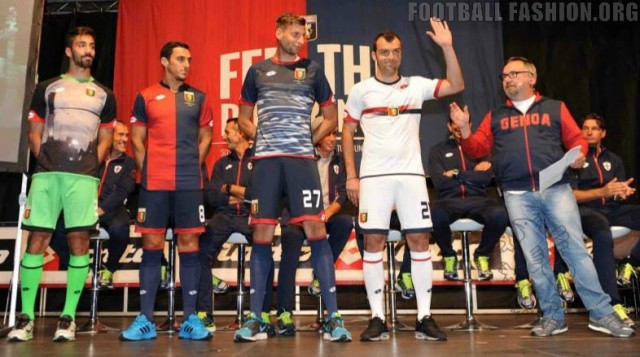 The Genoa 2015/16 Lotto home kit is in the well-supported club’s famous red and blue halves. It uses Lotto’s new looped neck collar and has a distinct texture with a scale effect. Lotto’s logo appear on the jersey’s right breast and sleeve cuffs.

The Genoa 15/16 away shirt has a white base with a band made up of red and dark blue stripes on its mid frontal area. The Genoa crest is embroidered in the middle of the band. The jersey has a classic rounded neck collar.

Sixth placed finishers in Serie A last season, Genoa will look to rebound from their Week 1 loss when they host Hellas Verona next Sunday. 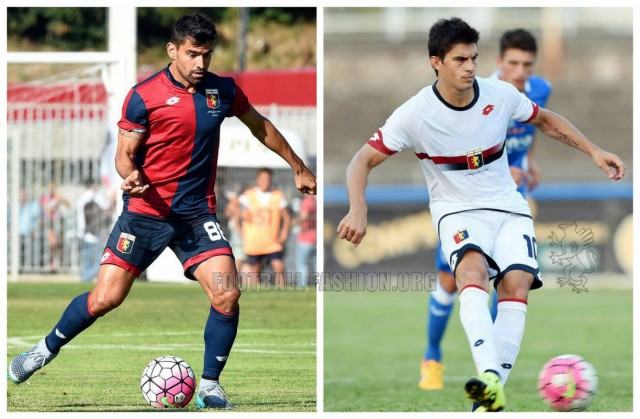