Seven-time Scudetto winners Torino Football Club unveiled their 2015/16 home, away and third Kappa kits at their pre-season training camp in Bormio this past week. The claret home and white away uniforms have seen action in exhibition matches at the winter sports destination. 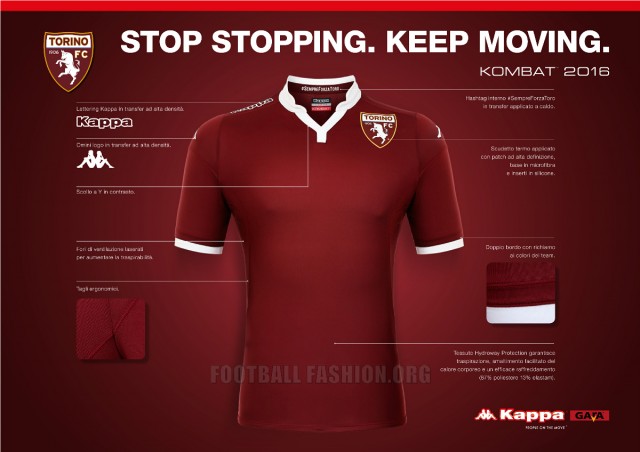 All three of Il Toro’s (The Bull’s) 2015/16 shirts use Kappa’s new Kombat 2015 jersey design that is being given to most of the Italian sportswear firm’s big name club teams. The template uses a slim fitting Y-neck design Kappa’s Omini logo on its sleeves. It has a standing collar made up of two parts that has a retro feel about it. The sides of the Kombat 2015 jersey has ventilation holes to allow for cooling. 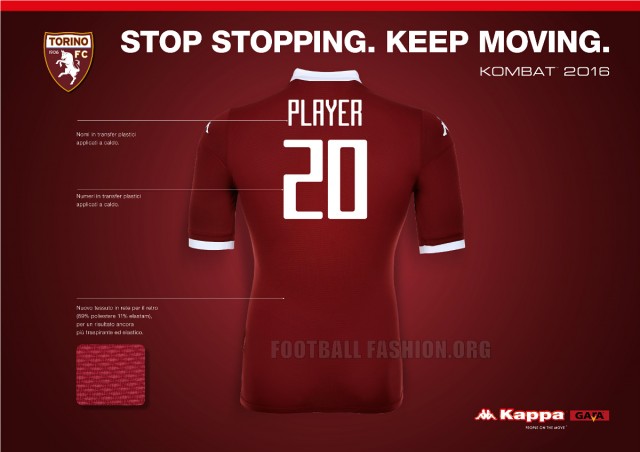 The Torino 15/16 home and away Kappa kits have the hashtag “#SEMPREFORZATORO” (Always the power of the bull) on their inside neck taping. 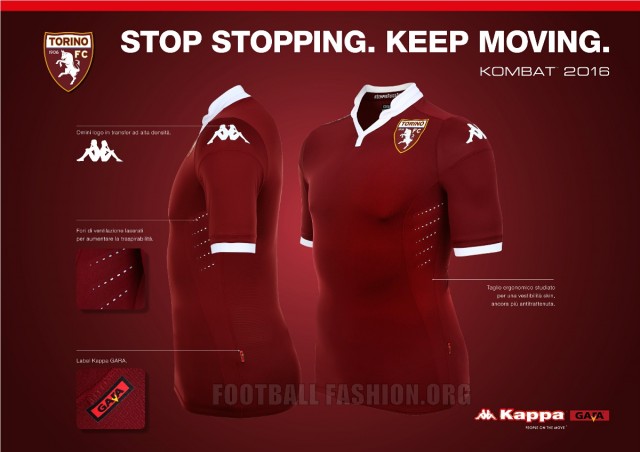 The dark blue third jersey has the Latin phrase “CORDIUM CONSENSUS VITAM PARIT NOVELLAM” in the same area. It also has a print of the bull from Torino’s crest on its front. The names of many of the team’s greatest players form the body of the bull.

The Torino FC 2015/16 Kappa home, away and third kits are expected to be on sale at the World Soccer Shop, Kitbag, Subside Sports and UK Soccer Shop Serie A stores.