Barcelona-based RCD Espanyol have launched their 2015/16 home and away kits from new technical sponsor Joma. Los Periquitos (Parakeets) recently signed a deal with the Spanish sportswear firm following the end of their three-year deal with PUMA. 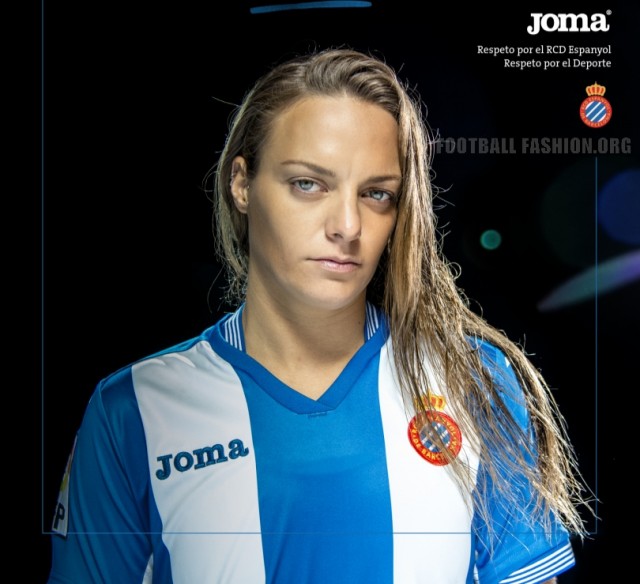 The four-time Copa del Rey champion will return to Spanish La Liga action in August in a home shirt in  their customary blue and white stripes. For the second year in succession the RCD Espanyol primary jersey will have just one blue stripe on its front. The v-neck kit has blue sleeves and a standing collar in the blue and white stripes of the club’s badge. Matching inserts appear on the sleeve. The jersey is matched with blue shorts and white socks. 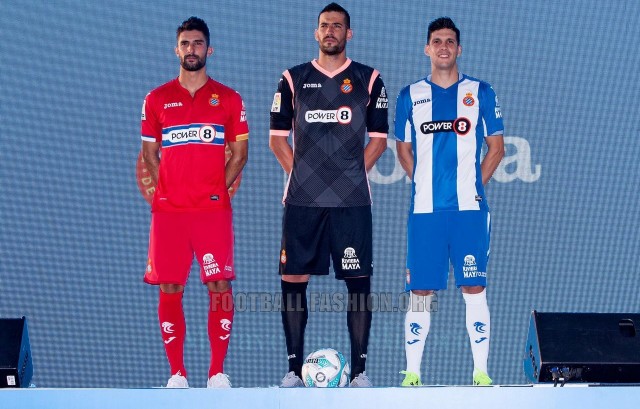 RCD Espanyol’s 2015/16 Joma away kit is mainly red a blue and white band running along its mid front and back area. It has a modern y-neck collar along with sleeve inserts in the colors of the Catalan flag and the club. A parakeet is printed on the upper outside back of the shirt in an ode to the tram’s nickname. 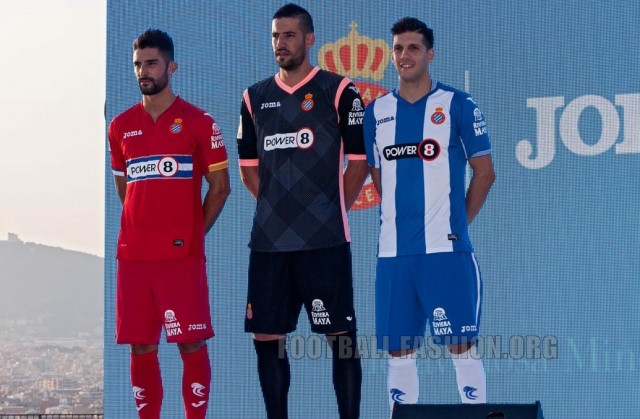 The RCD Espanyol 2015/16 Joma home and away kits will be available at the World Soccer Shop, UK Soccer Shop, Subside Sports and Kitbag La Liga stores. 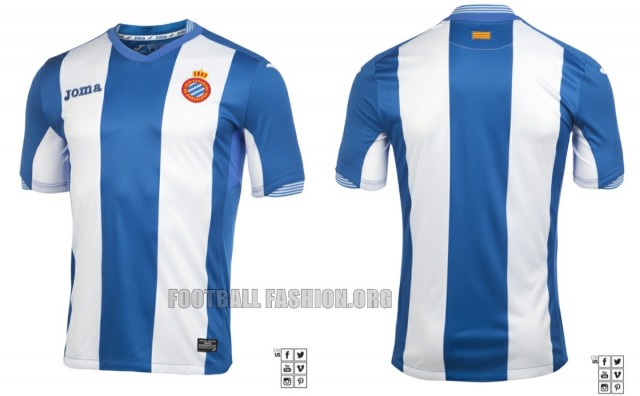 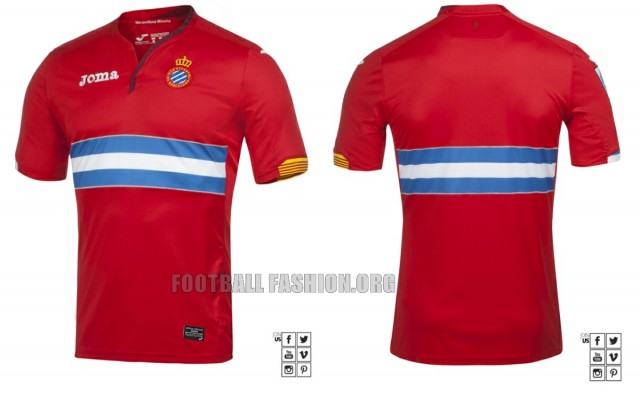