RCD Espanyol because the first Spanish La Liga club to launch a 2019/20 kit when they wore their new Kelme home shirt during Saturday’s 3-0 win over Atlético Madrid. 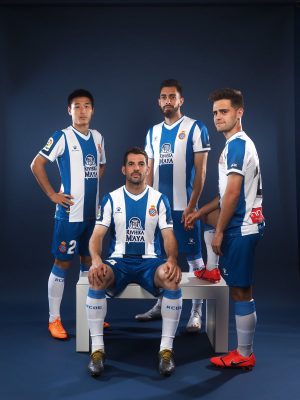 The local rivals of FC Barcelona will return to action this autumn in their familar blue and white stripes. 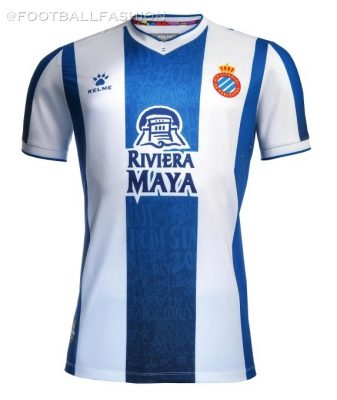 The 19/20 Espanyol primary jersey is based on the club’s 1929 home kit that was worn when the team won the first of their four Copa del Rey titles. 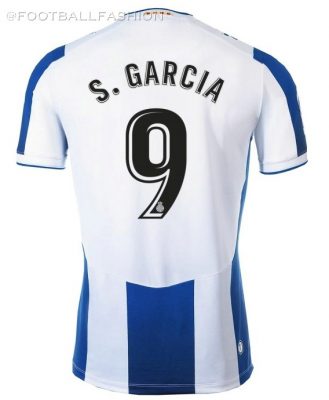 The shirt has wide stripes with the center on bearing a series to tonal graphics celebrating RCD Espanyol’s 118 year history. 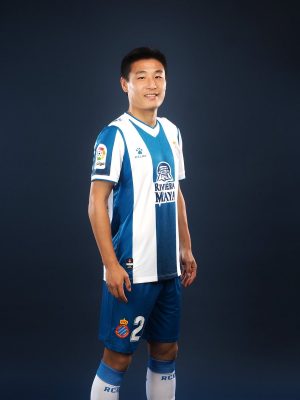 The inside necklne has a series of colors inspired by Barcelona’s La Sagrada Familia Roman Catholic cathedral. The colors of the Catalan flag appear on the outside neckline. 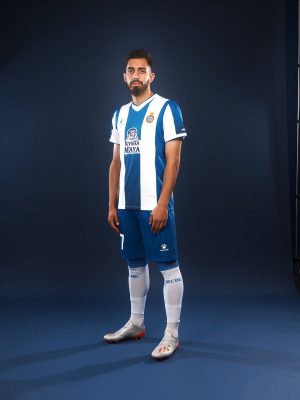 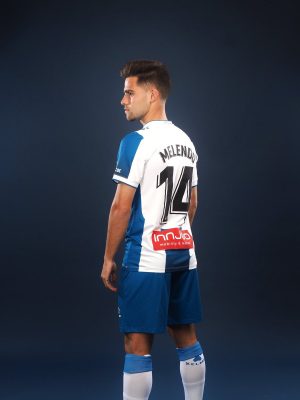