Former Asian champions Ulsan Hyundai FC are back in action in hummel kits for the second season in a row. 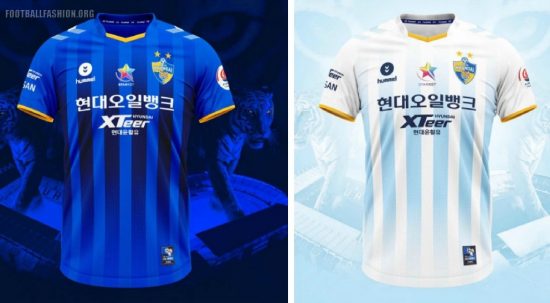 The Korean K League 1 side gave a competitive debut to their 2019 home kit during Tuesday’s 5-1 thrashing of Malaysia Super League side Perak in the AFC Champions League playoffs. 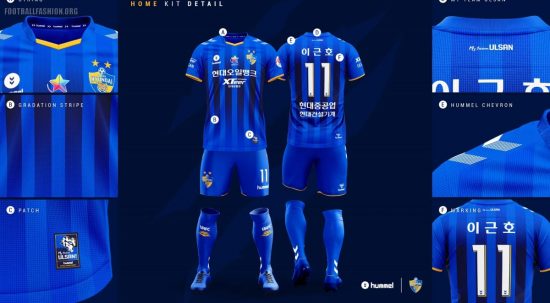 The Ulsan Hyundai 2019 hummel home jersey is a striking mainly blue shirt with navy blue vertical stripes on its front and back. Golden trim accents the collar and sleeve cuffs of the contempoary-look kit. hummel’s famous chevrons run along the shoulders. 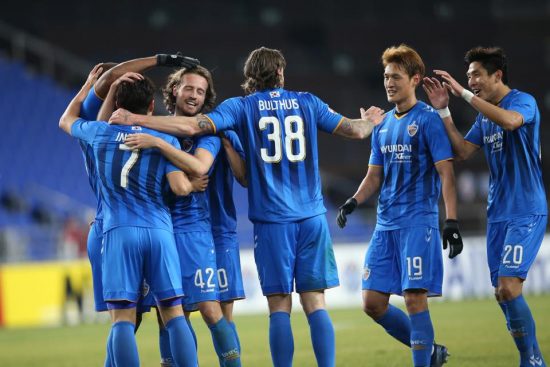 Ulsan Hyundai’s new away shirt uses the same hummel Korea design as the primary jersey on a white base. Its stripes are light blue with fade effects towards the shoulders and waistline. 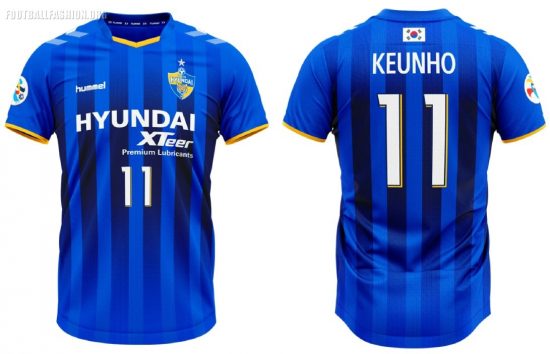 Unlike the K League 1 kits, the Ulsan Hyundai FC 2019 AFC Champions League kits only have one sponsor logo. A South Korean flag appears on the upper back instead of the text “MY TEAM ULSAN” that is printed in the same area on the domestic jerseys. 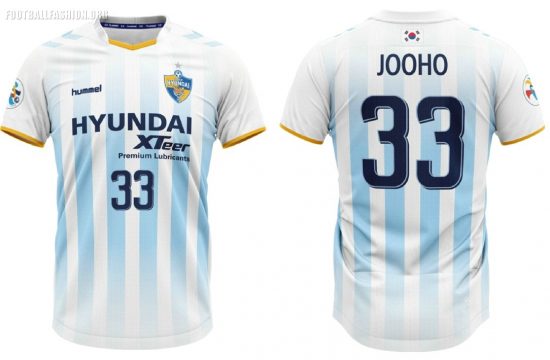