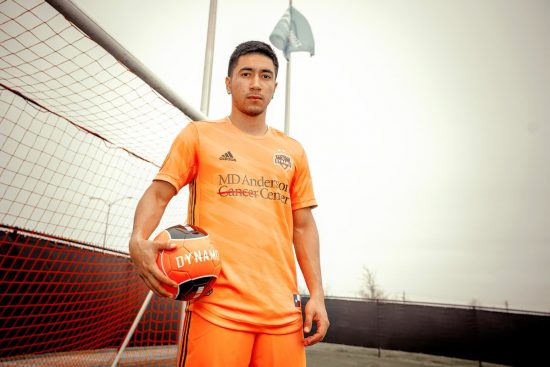 Inspired by the oil and gas industry of Texas and what the Dynamo calls Houston’s “diverse and vibrant cultural and creative community”, the shirt is called The Energy Kit. 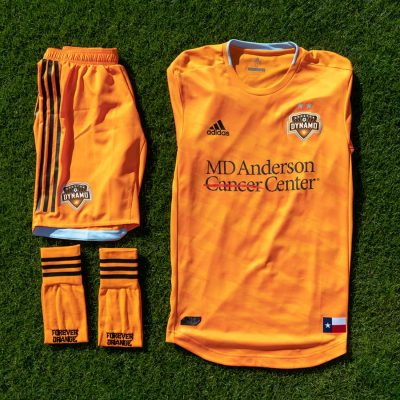 It will be on sale at World Soccer Shop, Kitbag, Pro:Direct Soccer and UK Soccer Shop in authentic and replica versions. 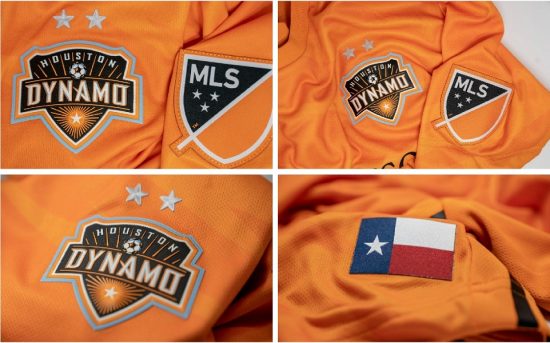 According to the Dynamo:

The shirt showcases the club’s iconic orange primary color, but incorporates Space City Blue on the collar as a nod to the blue-collar mentality that built the city. 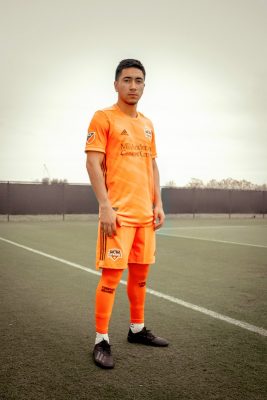 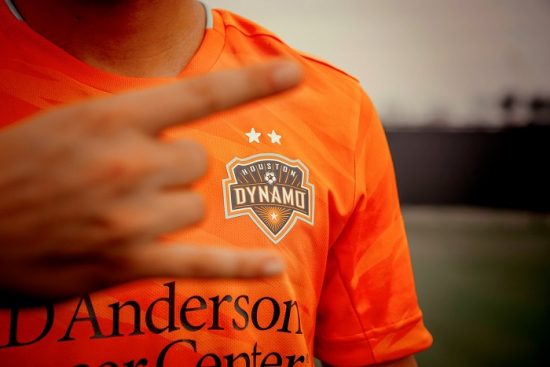 The chest of the jersey features the MD Anderson Cancer Center’s strike-through-cancer logo. MD Anderson has been an integral part of the Houston community for more than 75 years and is known as one of the world’s most respected centers focused on cancer patient care, research, education and prevention. 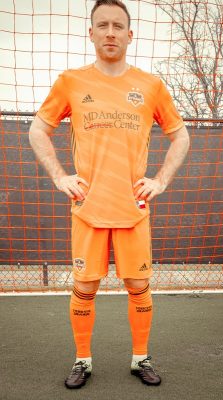