SC Freiburg will don a limited edition hummel home kit for their meeting with Augsburg on Saturday. 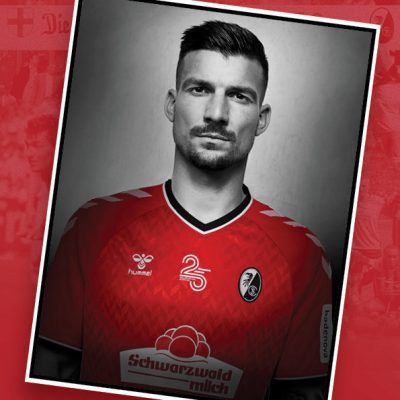 The new hummel jersey celebrates 25th Anniversary of Freiburg’s first ever appearance in the German Bundesliga during the 1993 – 1994 season. 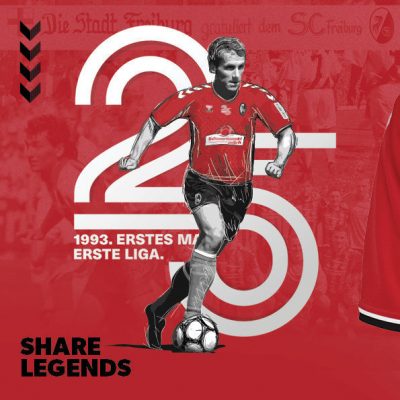 Inspired by football kits of the era minus the oversizing, the SC Freiburg Bundesliga 25th Anniversary shirt is in the club’s traditional home red with black and white details. 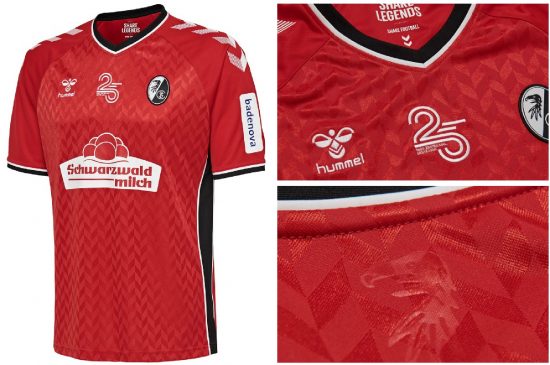 It has a retro v-neck along with a series of trapezoids incoporated into its fabric for a vintage vibe. The kit also uses the hummel and shirt sponsor logos of the 1990s. 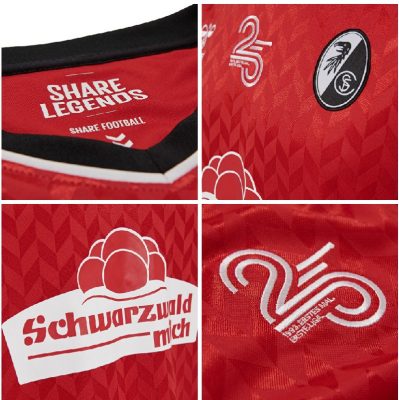 White embroidery celebrating the 25th Anniversary appears on the middle chest. “SHARE LEGENDS” is printed on the inside neckline while the eagle of the SC Freiburg crest in embossed on the rear neck area.

Only 1,904 units of the special edition kit will be available for sale. 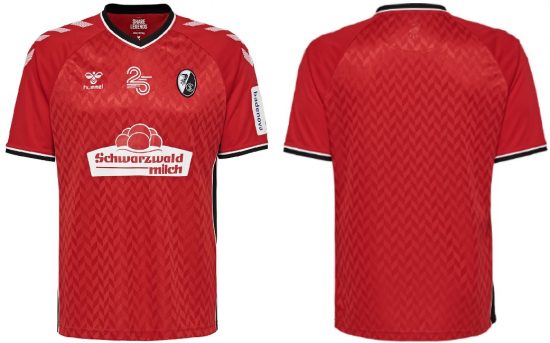