Defending and record thirteen-time Liga MX champions Club América have released their 2019 third jersey from Nike México. It will be available at World Soccer Shop. 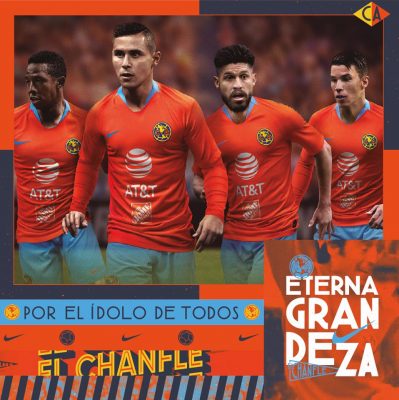 The new Las Águilas (The Eagles) third kit celebrates the the 40th anniversary of the classic Mexican comedy movie El Chanfle in which the main character is a Club America waterboy. 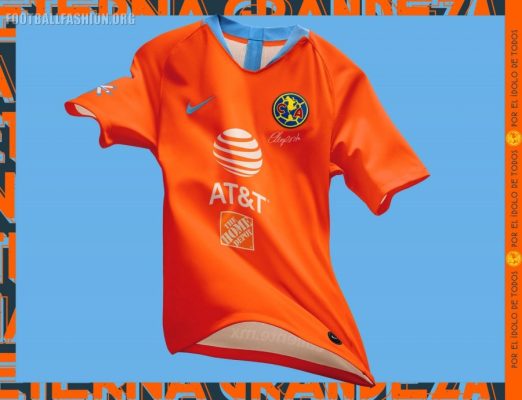 It pays homage to the great imagination of director Roberto Gómez Bolaños (“Chespirito”) and his great passion for Club América. 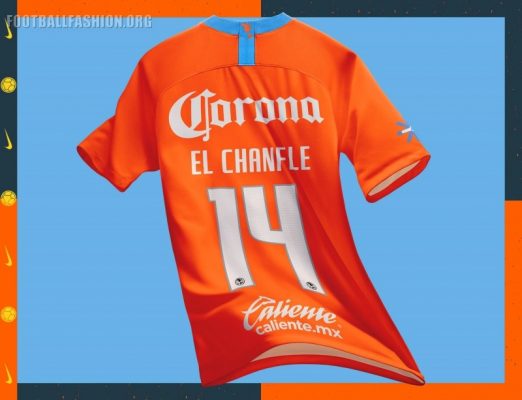 Club América’s 2018 Nike third new kit has a striking orange base based on the shirt worn by the main character in El Chanfle. Its neckline is a modern v-neck with light blue forming the collar area. A light blue strip with a print of the Americas runs down the upper back of the shirt. 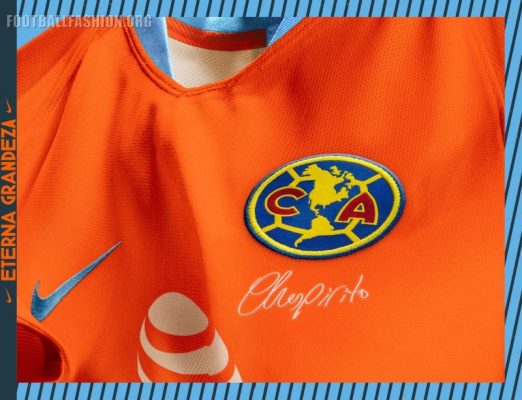 The Club América 2019 third kit is completed with light blue shorts and socks.