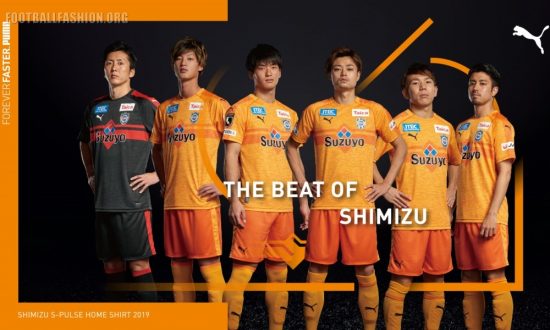 Released with the theme “The Pulse of Shimizu”, the new jerseys feature a pulse graphic that combines a silhouette of Mt. Fuji and the letter S from “Shizuoka” (the club’s prefecture), “Shimizu”, and “Soccer”. 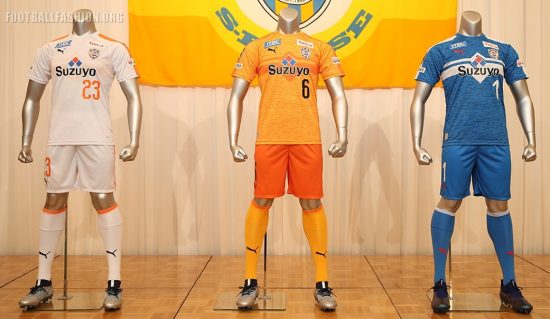 It is located on the chest area of both shirts in a lighter shade of orange than the rest of the home kit  and in the same tone on the white alternate jersey. 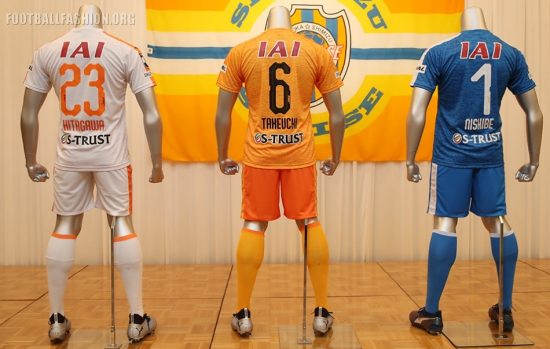 The Shimizu S-Pulse 2019 home and away kits use the new PUMA Liga rounded neck design. A heather effect is present throughout both shirts with PUMA’s Form Stripes running along the sleeves and shoulders. 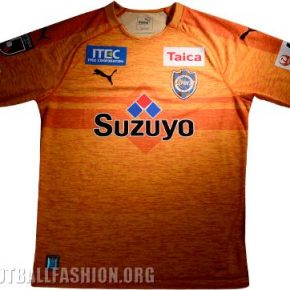 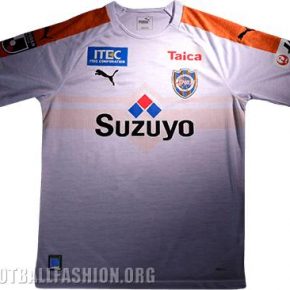 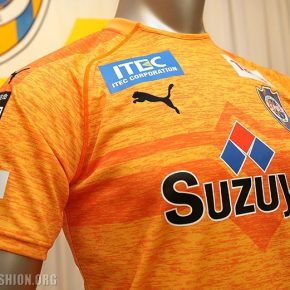 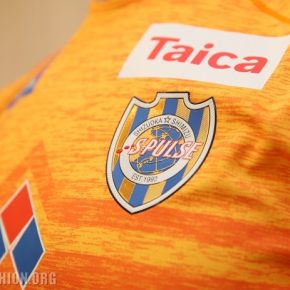 The S-Pulse crest is applied via a heatstamp in order to reduced the weight of the kits. 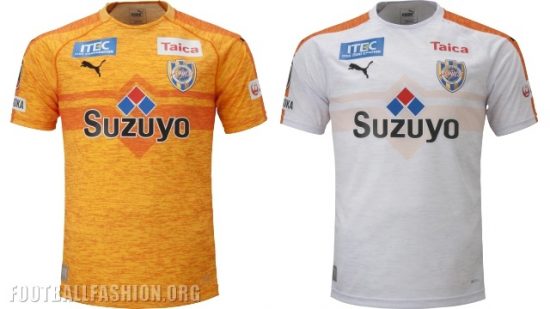